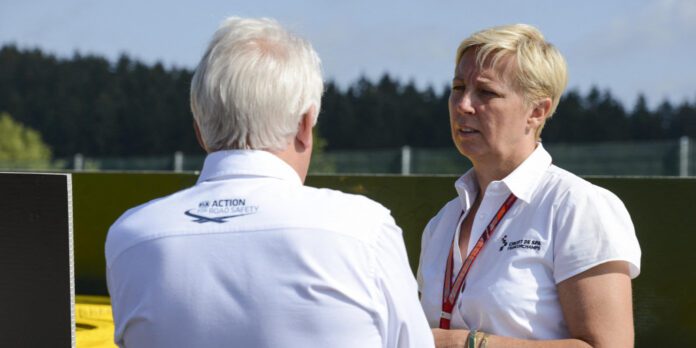 Spa-Francorchamps circuit director Nathalie Maillet has been reported dead in what is claimed to be a double murder-suicide. She was 51 years old.

Maillet was found dead at her house in Luxembourg by the local police. Along with her body, there was the body of her husband and another woman. All three bodies had gunshot wounds.

According to a statement issues by the country’s public prosecutor, Maillet’s husband shot and killed both women before committing suicide by shooting himself.

“At 00:10, the bodies of two women and one man were discovered by the police in a house in Gouvy, all three presenting gunshot wounds,” the statement read.

“According to our information, the male individual voluntarily used his firearm to kill both women, including his wife, before killing himself.”

The Spa-Francorchamps circuit, where Maillet has worked at for five years, issued a statement of their own expressing their sadness and shock at her death.

“It is with great sadness that the team of the Spa-Francorchamps circuit have been informed of the death of Nathalie Maillet, CEO,” read the statement.

“On this very sad day, the whole staff wish to present their most sincere condolences to Nathalie’s family and friends. The circuit, but also motor racing, has lost today a passionate woman, strong in her convictions and always looking to the future.”

Maillet was also hailed by circuit chairman Melchior Wathelet, who praised her for her work ethic and sheer class.

Describing her as “a true leader who will be greatly missed”, Wathelet said, “My thoughts are with Nathalie’s family, her parents, her loved ones and her teams.

“Today, we are losing a highly respected lady, a true leader who will be greatly missed. Nathalie had become the face of the circuit, she embodied the passion for racing that we all share.”

We at Sportitnow offer our condolences to Maillet’s family and near and dear ones.

Read more: Andrea Stella on ‘special adjustment’ McLaren has had to make for Daniel Ricciardo

Sainz disapproves of fans underrating him – “I can take on...