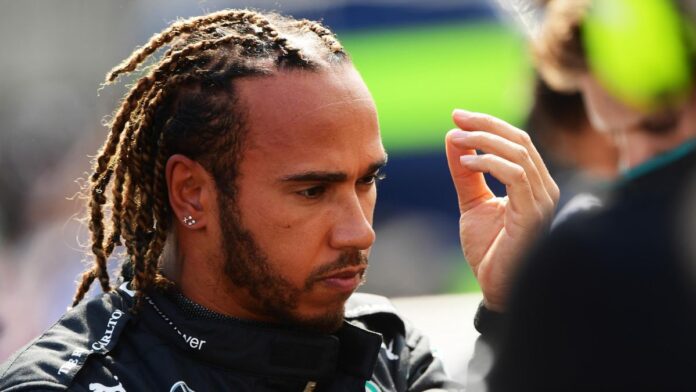 Bill Burr, a famous stand-up artist from the United States took to his weekly podcast to grab the attention of Formula 1 fans.

The topic he picked was Lewis Hamilton‘s failure to win the Styrian Grand Prix.

The American claimed that Hamilton is highly successful in F1 only because he drives for a dominant Mercedes.

He also claimed that Hamilton would ‘get his a** beaten’ if he were driving any other car.

What did Bill say?

According to the 53-year-old, Hamilton owes his success to his Mercedes team.

“He drives for Mercedes,” Bill mentioned in his ‘Bill’s Monday Morning Podcast‘ episode.

“I’m not saying he’s not the best driver, okay?

“There are a bunch of drivers that will be beating his a** every fu*king week if he didn’t drive for fu*king Mercedes and had a different fu*king car, alright?”

His success began back in 2014 with the introduction of the turbo-hybrid era in Formula 1.

However, eight years after, the Brit is facing immense pressure from Red Bull rival Max Verstappen.

My apology to Lewis: Bill

“Max Verstappen won the race. Shut the fu*k up about this fu*king j*rk-off, who gets one goddamn point,” Bill said.

“And I shouldn’t even be upset with him because he’s not the one doing it.

“So, my apology to Lewis Hamilton. I shouldn’t have said that,” he concluded.

With every passing weekend, Red Bull seem to be getting in the way of Hamilton trying to beat Schumacher‘s record.

With the next race set this weekend, we can only wait and see if he is able to bounce back.