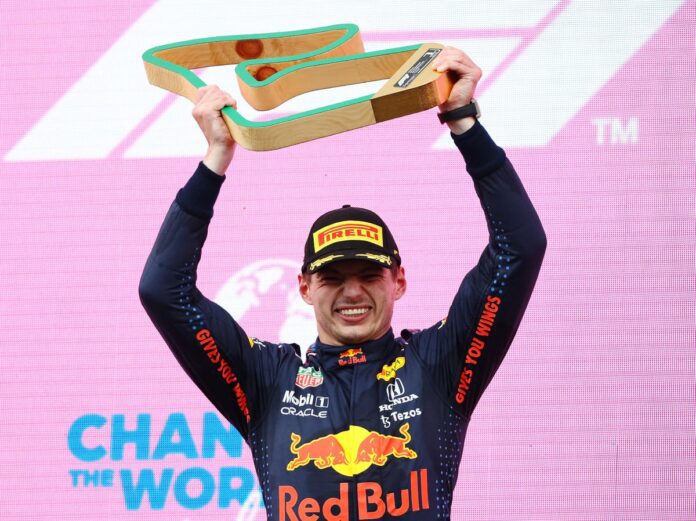 After having taken the lead at the start of the race, Max Verstappen was unchallenged through the entire duration of the Styrian Grand Prix.

He began the race from pole position which gave him an advantage over title rival Lewis Hamilton.

Out of eight races so far, Verstappen has won four which has placed him 18 points ahead of Hamilton in the driver’s standings.

The seven-time world champion came in close to the Dutchman early in the race but was overpowered by his pace.

As a result, he had to make do with a distant second place.

Hamilton went for a second pitstop with two laps to go to grab the bonus point for the fastest lap.

This was to reduce the damage done by Verstappen’s win.

The final spot on the podium saw an intense battle between Sergio Perez and Valtteri Bottas.

While Perez made an extra stop and tried his best to overpower Bottas, he fell short by just 0.527s.

This placed the Finn on the podium.

This is the first time in the V6 hybrid era that has seen Mercedes go four races without a win after Red Bull won its fourth race in a row.

McLaren‘s Lando Norris finished fifth after a phenomenal drive ahead of Ferrari duo Carlos Sainz and Charles Leclerc who had a poor start.

Williams driver George Russell had a stellar start and was in the path of scoring a points finish when his race came to an end due to engine problems.

Additionally, the other driver who failed to finish was Pierre Gasly who suffered a massive puncture leading to suspension damage after a clash with Leclerc on Turn 3 of the opening lap.