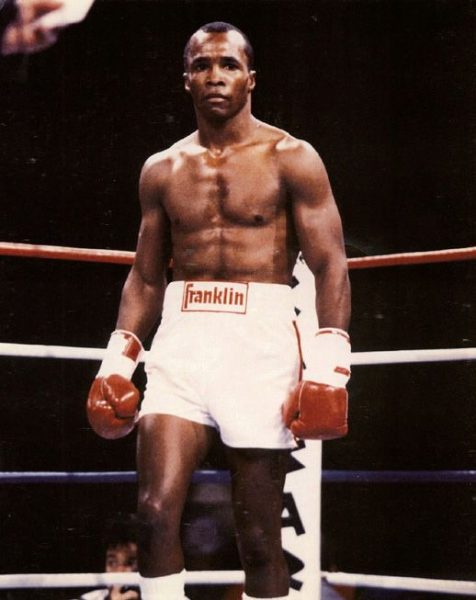 Leonard was born in the city of Wilmington, North Carolina. Ray Charles, his mother’s favourite singer, inspired his name. When he was three, his family relocated to Washington, D.C., and when he was ten, they settled permanently in Palmer Park, Maryland. His father was a night manager at a supermarket, and his mother was a nurse.

He went to Parkdale High School. Leonard was an introverted child. He used to spend a lot of time at home as a kid, reading comic books and playing with his dog.

Leonard was a member of “The Fabulous Four,” a group of boxers who fought each other throughout the 1980s and included Leonard, Roberto Durán, Thomas Hearns, and Marvin Hagler.

Leonard was named the ninth greatest fighter of the last 80 years by The Ring in 2002, and BoxRec ranked him as the 23rd greatest boxer of all time.

Leonard began boxing in 1969 at the Palmer Park Recreation Center.

Leonard was named to the United States Olympic Team as a light welterweight in 1976. Leon and Michael Spinks, Howard Davis Jr., Leo Randolph, Charles Mooney, and John Tate were also on the team. Many consider the 1976 United States boxing team to be the greatest in Olympic history.

Leonard made his professional debut on February 5, 1977, in front of a crowd of 10,270 at Baltimore’s Civic Center. He received $40,044 for the fight. He fought against Luis Vega and won a six-round unanimous decision.

Leonard faced off against his first world-ranked opponent, Floyd Mayweather, in his fourteenth professional fight. On September 9, 1978, the fight took place. Leonard won by knockout in the tenth round.

On November 30, 1979, Leonard faced Wilfred Bentez for the WBC Welterweight Championship at Caesar’s Palace in Las Vegas, Nevada. Leonard led the final round with scores of 137–130, 137–133, and 136–134. In the fifteenth, the two squared off. Leonard dropped Benitez with a left late in the round. He stood up, but after a few more punches, the referee called a halt to the fight.

Durán and Leonard met for a rematch on November 25, 1980 at the Louisiana Superdome in New Orleans. Leonard began taunting Durán in round seven. Leonard’s best punch came late in the round. Leonard reclaimed the WBC Welterweight Championship with a technical knockout at 2:44 of round eight. Leonard took the lead with scores of 68–66, 68–66, and 67–66.

On September 16, 1981, Leonard fought Thomas Hearns in a scheduled fifteen-round fight at Caesars Palace in Las Vegas to unify the World Welterweight Championship. They fought in front of a live audience of 23,618 people. Hearns was paid $5.1 million, while Leonard was paid more than $11 million. The fight brought in more than $35 million. The live gate was $5.9 million, and the pay-per-view revenue was $7.5 million.

After staggering Hearns with an overhand right in round fourteen, Leonard pinned Hearns against the ropes and unleashed another furious combination, prompting referee Davey Pearl to call a halt to the fight and award Sugar Ray Leonard the Unified World Welterweight Championship.

The Ring named the fight “Fight of the Year.” The Ring and the Boxing Writers Association of America named Leonard “Fighter of the Year.” He was also named ABC’s Wide World of Sports’ “Athlete of the Year” and Sports Illustrated’s “Sportsman of the Year.”

Leonard announced on a Washington, D.C. talk show on May 1, 1986, that he would return to the ring to face Hagler. The fight was supposed to take place on April 6, 1987, at Caesars Palace in Las Vegas.

Hagler and Leonard exchanged blows along the ropes as the fight came to a close. Even uniformed ringside security rushed into the ring after the final bell, applauding and lauding Leonard’s effort. Leonard landed 306 of his 629 punches, while Hagler landed 792 of his 792 punches. Leonard received a contentious split decision.

Leonard defended his WBC Super Middleweight Championship against Thomas Hearns at Caesar’s Palace on June 12, 1989. The fight was scored a draw by the judges, and Leonard retained his title.

Leonard, 40, announced in October 1996 that he was coming out of retirement to fight 34-year-old Héctor Camacho for the International Boxing Council (IBC) Middleweight Championship. On March 1, 1997, in Atlantic City, New Jersey, he fought Camacho.

Camacho dropped Leonard in the fifth round with a right followed by two left uppercuts. Leonard stood up but was unable to repel Camacho. Camacho was teeing off on a defenceless Leonard on the ropes when the fight was stopped by the referee. Leonard was knocked out for the first time in his career.