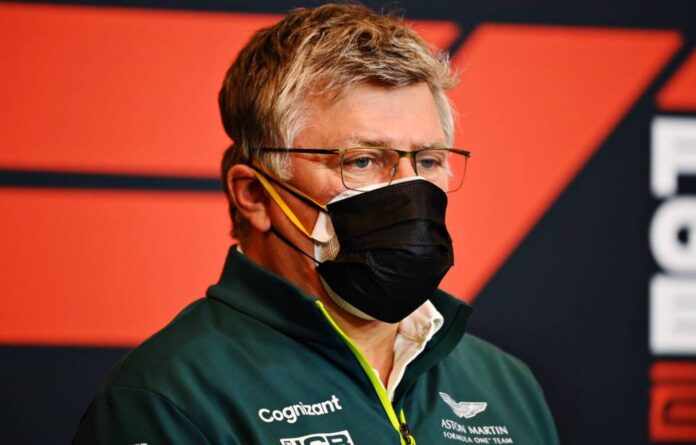 Mercedes and Red Bull are currently embroiled in a heated title race to finish at the top of the standings come the end of the season. Both have had the rivalry on track, and has extended it off it as well. The two teams have dished out attacks to each other at every other opportunity, and at the centre of it are Toto Wolff and Christian Horner.

The banter between Wolff and Horner has been on another level this season. It has been noticed by other teams as well. Szafanuer is one of them, and he has talked about the rivalry, stating that he would like to join the banter too.

As reported by GPFans, Szafnauer said,“I wish we could be up there, and if I had to have that banter, I relish that opportunity.”

“When I talk to fans because they ask me my opinion often and I ask them, yes, they tend to find it entertaining. I’m more of a purist. I like to think that we’re more boxing, but whatever, that’s me. Although I’m also a fan, I’m more of a professional within the sport than a fan,” Szafnauer concluded.

Part of the game

Szafnauer speaks the people’s mind, and he is right on the money. The rivalry between two top teams is crucial for the sport, as it makes the sport more interesting. Throughout history, rivalries between teams and drivers have defined the sport.

“Changes introduced to peg us back”: Hamilton believes Mercedes dominance has...