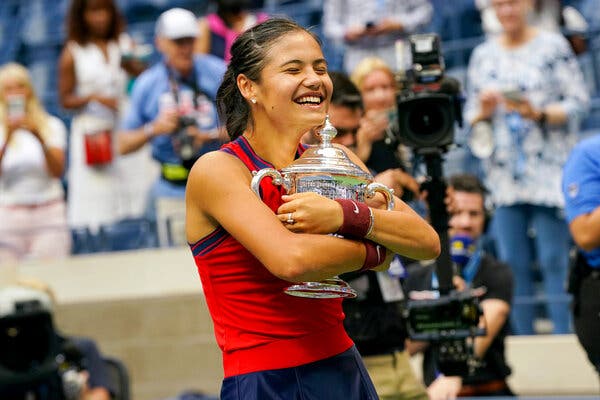 Serena Williams set a lot of high standards for women’s tennis over her long career. The 39-year-old set remarkable records on her way to winning six US Open titles. She holds the record for losing the fewest games en route to the championship.

This data was brought to light by British teenager Emma Raducanu’s fans when they took notice of her dominance at this year’s US Open.

Let’s do it once more in Australia, Queen! @serenawilliams #OneLastRide https://t.co/Eg2EoPT3Ob

Williams appeared unstoppable at the 2013 US Open. She didn’t drop a single set on her way to the final, and she only dropped 16 games in a stunning display of domination. That year, she won a grueling three-set final against Victoria Azarenka.

She had only dropped 19 games the year before to reach the final against Azarenka, which she won in a three-set fight. Williams lost 22 games on her way to the final in 2002, where she met her sister Venus. Her most recent appearance on this list was at the 2014 US Open, where she lost 26 games.

Raducanu dropped just 27 games in Flushing Meadows, despite the fact that it was only her second Grand Slam appearance. Furthermore, she didn’t drop a single set in the event.

The display she put up in the final match against Leylah Fernandez, was truly icing on the cake.

Roger Federer net worth: How much does the tennis superstar earn...