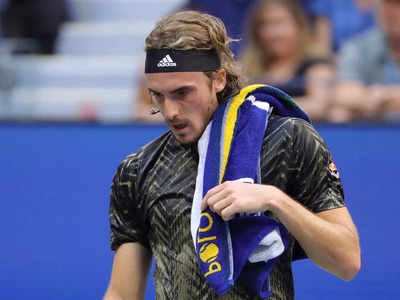 The third day of the US Open 2021 yet again got off to a different start. Fans waited in anticipation, clutching their anxiety for what was about to happen as its star-studded line-up got ready for their battles. Stefanos Tsitsipas, the talk of the day on Day 1, returned to the court for his round 2 matches against French star Adrian Mannarino.

Stefanos headed into the second round of the US Open with all eyes on him. He was still the heart of the action, thanks to the clashes and dazzling tennis against Andy Murray in round one.

Stefanos won a thrilling five-set match against a spirited Andy who made things difficult for the Greek. However, an enraged Murray voiced his displeasure, accusing Stefanos of claims he had previously faced.

Fans booed Stefanos when he stepped onto the court following yet another lengthy restroom break in his round 2 match against Adrian Mannarino. However, after their draw, his French opponent opens up on the same.

Stefanos fled the court after dropping a set in the thriller, only to return 7 minutes later. Fans were displeased with the delay as he returned to the court. They specifically mentioned his same behaviour in round one, which Andy believes cost him the match. Adrian, unlike the fans and Andy, did not make any accusations of misbehaviour, but instead requested a modification in the regulations.

He said, “Tsitsipas is not doing anything wrong, but the rules are wrong. It’s not fair to cut the pace of the match that way. But he’s allowed to do that.”

Stefanos remained focused on winning the match despite the off-court turmoil and a hostile crowd. He bagelled Adrian and strolled into the next round of the event after putting up a strong performance in the fourth set.

Stefanos continues to keep his spirits high at the US Open, despite the negative news surrounding him.

Read More: Why did Novak Djokovic not acknowledge the crowd at US Open?

Venus Williams net worth: How much is the tennis player worth...