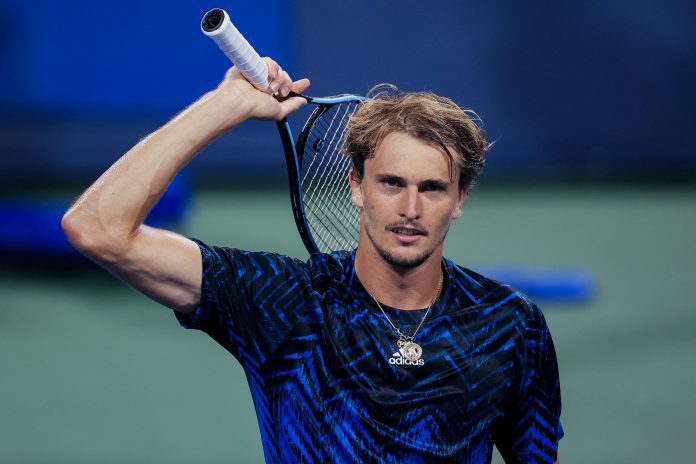 Alexander Zverev, the Olympic champion, has been in outstanding shape, maintaining his strong run so far in the US Open. He advanced to the fourth round in New York after winning in Tokyo and Cincinnati.

He was supposed to fight Jannik Sinner in a high-level match. The German, on the other hand, has suffered a huge setback ahead of his encounter.

On Monday, Zverev and Sinner will take the court at Arthur Ashe Stadium. It’s a highly anticipated Round of 16 matchups between two promising young players. Both of them had battle victories on their way to this encounter.

However, it has recently been revealed that the defending US Open champion may be dealing with some issues soon before the match. He has been dealt a major setback, putting his chances in jeopardy.

Zverev was out practising over the day in preparation for his match. He was striking balls with ease and was ready to steal the spotlight.

However, the German has been claimed to have experienced an injury scare ahead of his match against Sinner. According to Nick McCarvel, the 24-year-old interrupted practice in the middle to call his physio.

His physio stretched out his left side and massaged his back while he sat on the sidelines. Zverev appeared to be in pain, which may play into the Italian’s favour.

There is no other injury information available at this time, but it will be important to watch if the strain affects the German tonight. He’ll be hoping it’s nothing too serious with only a few hours to go.

Alexander Zverev has stopped his practice midway through and has his physio stretching out his left side and massaging his back – something to watch out for vs Sinner. They’re first up today #USOpen pic.twitter.com/RZz5RqTxyb

Everyone is waiting to see if Alexander Zverev can overcome his pain and triumph.