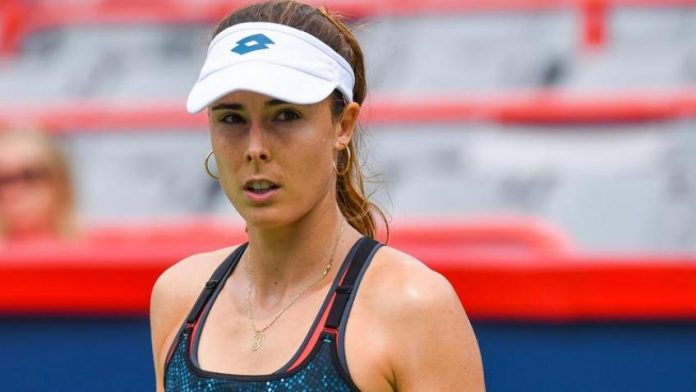 Alize Cornet, a French tennis player, has been on the Tour for over a decade. She is a seasoned pro who is well-known on the road. She has six singles titles and four doubles titles to her credit thus far in her career.

Alize Cornet recently published her autobiography. She says she felt isolated at first and as if she was in a new world by herself. Despite the fact that the players on Tour saw one other on a regular basis, there was still a sense of unfamiliarity.

According to reports on Tennis.com, she said, “I didn’t feel like I belonged to the tour in the beginning, like this world was very solitary and alone.

“In some ways, it’s like a big family and in other ways, it isn’t, because we all know each other but we don’t really know each other at all. We don’t have deep connections and it’s all surface relationships.

“In the beginning, I was afraid of this side of the tour, and I stayed so much with my coach and my mom.”

Alize began her season in Melbourne, where she lost in the second round of the Australian Open. She then tumbled out of the French Open in the first round on her home ground.

She was later seen on the All England Club’s grass courts. Unfortunately, she was eliminated early in the competition after losing in the second round. She was most recetnyl spotted at the US Open in New York. Her adventure, however, was cut short as she was eliminated in the first round.

Read More: If new points system was not implemented: Medvedev ranked 1, Federer and Nadal out of Top 10

Murray wins his first match at the San Diego Open