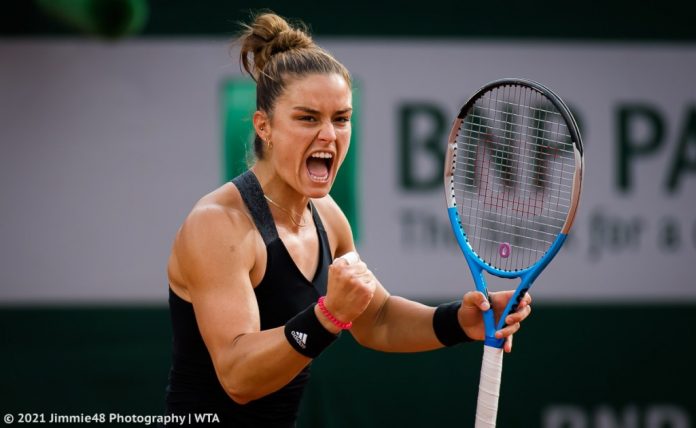 The eighth day of the US Open was full of action and a host of surprises. Bianca Andreescu and Maria Sakkari were involved in arguably the match of the day which lasted 3 hours.

The two WTA stars left the crowd amazed at Flushing Meadows this morning with a flawless performance. It was one of the most intense matches yet, with neither player keen to give the other a clean pass.

Given her ranking, Bianca Andreescu was the favourite. She started the game aggressively and won the first set in a tie-breaker, sending a message of intent to her opponent.

Sakkari’s response to Bianca’s first-set victory, on the other hand, was as impressive. The game ended with the Canadian player, Bianca losing the match to Sakkari. In particular, as she reflected on her performance, she spoke candidly about her match experience.

Bianca may have lost the match, but she gained a lot of new followers. Even though she was struggling with her injured leg for the majority of the third set, Bianca kept fighting and gave it her all.

Now, she speaks out about it, providing worried followers an update on her health. She said, “I was cramping from the start of the third set, and I just kept fighting and for me, that’s all that matters. I did my best.

“At this point, I really don’t know, but I slid a couple of times and I fell on my groin a little bit. I hope it’s nothing too serious. But that affected me a little bit. I try not to think about it, but it’s hard sometimes. Everything else… I just need to take some days off and hopefully, it’ll be good.”

Bianca Andreescu quotes after the match, provided to the WTA. #USOpen pic.twitter.com/sXql9cXGCj

In the second set, Sakkari left no stone untouched in her quest for a comeback. Even though Bianca was in the lead, she kept her cool and turned the match around. Notably, what followed was a battle between two players who kept pushing their limits to win the game.

While it was Sakkari who eventually won, the result could’ve just as easily been very different.

Read More: Alexander Zverev gets injured prior to match against Jannik Sinner