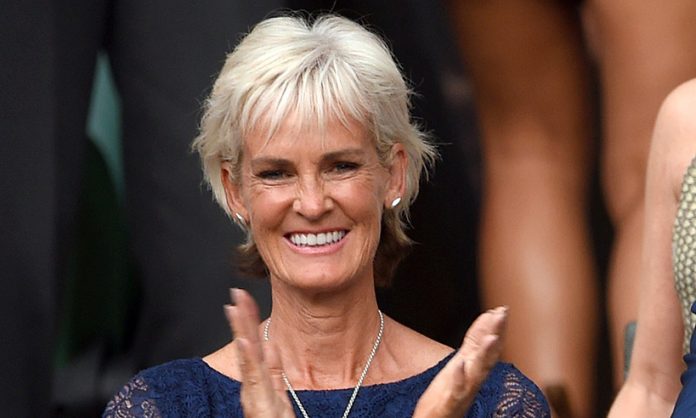 Emma Raducanu has been praised and applauded by past players, coaches, and critics since winning her first grand slam title at the US Open.

The teenage prodigy, who rose to prominence during a spectacular run at the Wimbledon Championships, went unbeaten through the qualifying rounds and didn’t drop a set during her title run.

The Brit had to compete against top-tier athletes including Belinda Bencic and Maria Sakkari. Raducanu, on the other hand, remained unfazed as she thrashed these opponents to reach the finals.

It appeared as if the British would stumble at some point in the final against yet another Canadian prodigy. The magnitude of the event, however, overwhelmed Leylah Fernandez, who allowed Raducanu to dictate points from the baseline throughout the final.

The media spoke of Raducanu’s praises all over the place as she returned home after a great triumph for Great Britain, as the kid took some time to process the significance of her success.

Andy Murray’s mother, Judith Mary Murray, was the most recent to congratulate Emma Raducanu on her amazing performance. The BBC contacted the Scottish tennis teacher for her thoughts on Raducanu’s victory at the US Open.

“It was an incredible success. It really came out of nowhere and it will provide a massive inspiration, I think, for grassroots tennis to grow, and especially for girl’s tennis, to have a teen role model, it couldn’t be better for getting more girls involved in playing the game”, said Judy.

Speaking at the launch of the Battle of the Brits community programme in Aberdeen, @JudyMurray speaks about growing the number of children playing tennis in Scotland 🎾 pic.twitter.com/3Yh65LW3OY

Judy Murray was in Aberdeen for the launch of a community program for the Battle of the Brits, an annual event that will take place on December 21 and 22 this year.

This time, Andy Murray, Jamie Murray, and Cameron Norrie will face England’s Dan Evans and Joe Salisbury in a battle of Scotland vs. England. Last year’s event was a success, however, due to COVID-19 constraints, it was held behind closed doors.

Fans will be able to attend this year’s event, while Judy Murray was on hand to offer seminars at the Aberdeen tennis centre to promote tennis. She also emphasized the importance of leveraging Emma’s performance to increase tennis’ popularity in Scotland.

“We have to take advantage of the massive opportunity that Emma’s success and her profile and the excitement has brought.

“Therefore, events like this where you take your sport into the communities and you let people try it, you make it easy, you make it doable, and hopefully, we get many, many more kids playing tennis across Scotland”, concluded Judy.

Emma Raducanu’s performance at the US Open was surely encouraging. It might serve as a positive reminder to millions of adolescent girls around the world that they can achieve their goals if they persevere in every match.

Tsitsipas blames social media for impacting his mental health – “It...