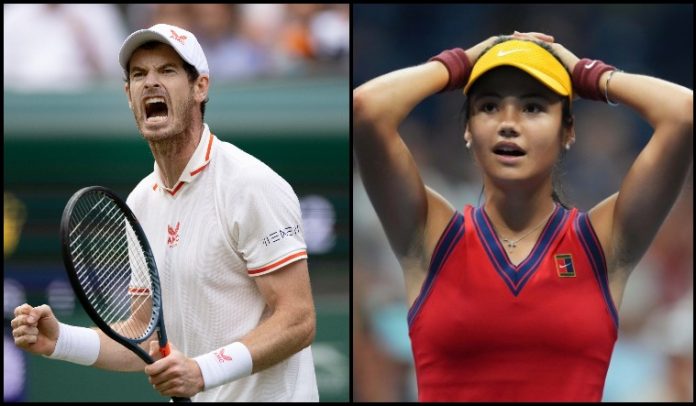 Andy Murray, the former World No. 1, has stated that he is always willing to assist tennis sensation Emma Raducanu, but only if she asks.

Raducanu, who debuted on the WTA Tour in June, won the US Open in her second Grand Slam appearance. She was given a wild card entry to Wimbledon and advanced to the fourth round.

Raducanu beat Leylah Fernandez in the US Open final two months later to become the first qualifier to win a Grand Slam singles champion in the Open Era.

Raducanu attained her highest career ranking of No. 22 as a result of the Grand Slam win, and she is also the current British No. 1.

Murray, a three-time Grand Slam champion, called Raducanu’s accomplishments “incredible,” and stated in a recent interview that he will not “wade-in” with advice and opinion because he did not enjoy it when he was on the receiving end.

“I never really liked it when all of the ex-British tennis players were always wading in after every win and loss about what you should be doing, what you shouldn’t be doing, and a lot of them also giving advice when you haven’t asked for it as well. I found it incredibly irritating – and still do today. I don’t want to be that person,” said Murray according to BBC Sports.

Murray, who has two Olympic gold medals in men’s singles, went on to say that if Raducanu ever needed to talk or discuss anything, he “would always be there on the end of the phone.”

“What Emma has achieved is incredible and I hope she goes on to do more amazing things in the sport, and if she ever wants to talk, or her family, obviously I would always be there on the end of the phone.

“But I don’t want to be that guy after every loss or win just wading in and giving my opinion on what she should or shouldn’t be doing differently, because it’s not helpful.”

Raducanu’s triumph at New York brought the United Kingdom’s 44-year wait for a female Grand Slam singles championship to an end, dating back to Virginia Wade’s victory at Wimbledon in 1977.

Murray’s victory at the 2012 US Open broke a 76-year wait for a British men’s major singles champion since Fred Perry’s Wimbledon and US Open triumphs in 1936.

Read More:  Andy Murray reveals how he plans to enjoy a longer run at Grand Slams – “Have to avoid this”

Ashleigh Barty expected to withdraw from the WTA Finals in 2021

Mouratoglou heaps praise on Serena – “Will be greatest even if...