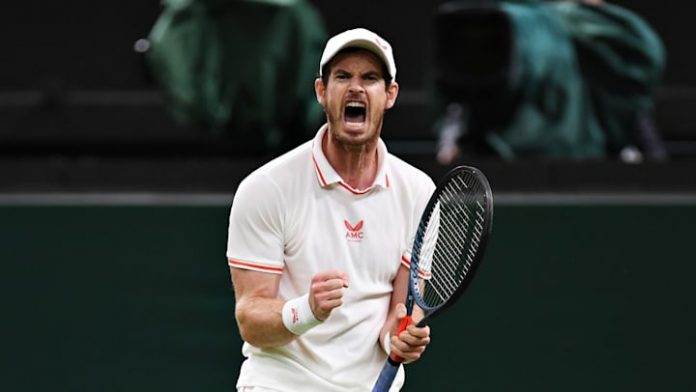 Andy Murray, a three-time Grand Slam champion, is one of the most dedicated and competitive tennis players on the men’s tour. Furthermore, he has tried to improve his results since the start of the 2021 season.

He’s finally starting to feel himself on a tennis court, after a period of doubt, disappointment, and frustration.

Murray, 34, is currently competing in the Moselle Open and has advanced to the quarterfinals. But he had to beat World No. 26 Ugo Humbert and Canadian star Vasek Pospisil to get into the final eight. Indeed, the Scot has rediscovered his winning ways.

Murray has been playing back-to-back tournaments on the ATP Tour since Wimbledon. More importantly, with each succeeding performance, he improves.

Murray had come near to defeating Stefanos Tsitsipas at the US Open 2021, and it all started there. Despite losing in the fifth set, the match inspired him to go all-out again. As a result, his run to the quarterfinals in Moselle is really a consequence of his quest to resurrect old Murray.

“I’ve not played this many tournaments in a while, and my body feels good. I’m gaining confidence and seeing the points develop and how I want to play them again. The results are coming, and my tennis is getting better,” Murray said.

‘I’ve not played this many tournaments in a while and my body feels good. I’m gaining confidence and seeing the points develop and how I want to play them again. The results are coming and my tennis is getting better.’

Murray defeated Vasek Pospisil 6-3, 6-3 in a strong performance. Given his current form, he has a strong chance of capturing the Metz title. His main rival would be Spaniard Pablo Carreno Busta, who is also having a strong showing in the event.

Murray has been out of the Top 100 ATP Rankings for a long now. He is currently ranked 113th, but he would be delighted to return to the Top 100.

Furthermore, the former World No. 1 will be the centre of attention at the Indian Wells event. Without a doubt, it’s one of those tournaments where he’ll achieve the results he wants.

For the time being, Murray is hoping to beat Hubert Hurkacz or Lucas Pouille in the quarterfinals. Fans will be watching to see how far the Scot can go in Metz.

Kei Nishikori did not have a good vibe at the Indian...