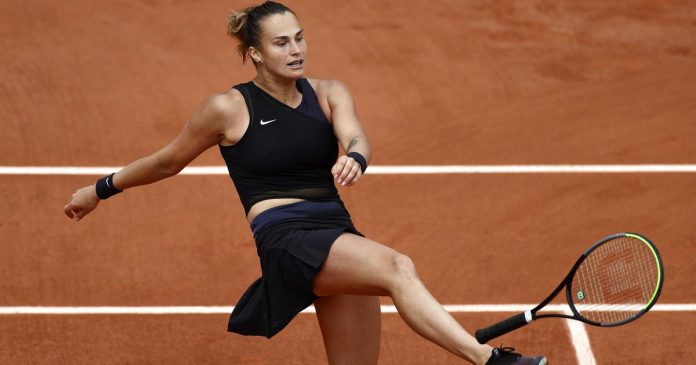 The US Open 2021 has advanced to the semifinals after a series of upsets and quite frankly, just some incredible tennis. The second seed Aryna Sabalenka met the inspired 19-year-old Leylah Fernandez in the opening women’s singles encounter.

They played their best match inside the Arthur Ashe Stadium, as expected. Eventually, the teenager won the first set 7-6 (3), leaving Sabalenka upset.

It was, without a doubt, the most important match of their fledgling careers. Despite reaching the Wimbledon semifinals this year, Sabalenka was billed as the pre-match favourite in her bid to reach her first Grand Slam final.

This comes on the back of Sabalenka making it to the semifinal stage of the Wimbledon earlier this year.

Fernandez strained her opponent’s nerves after winning the first set and then rallying from a 0-2 disadvantage in the second. Sabalenka took out her frustrations on her tennis racket, shattering it to smithereens.

Into a tiebreak we go to decide the first set. pic.twitter.com/0HlXV6GhKQ

With her hard-hitting groundstrokes, Aryna Sabalenka, a 23-year-old Belarusian, outmatched Canadian Leylah Fernandez in the first set. She just made everything seem so effortless.

However, after losing her serve, the adolescent settled into the heavy-hitting pace. As a result, Fernandez served at 4-4 after trailing 0-3 in the first set.

Fernandez then saved a set point and forced a tie-breaker in the first set. After that, Sabalenka won the first set 7-6 with a misjudged overhand and her third doubt fault. Fernandez also kept her perfect record in tiebreakers in New York.

Sabalenka regained her composure after her first-set error and took an early 2-0 lead in the second set. Nonetheless, the in-control Fernandez kept returning well and quickly regained the loss.

Furthermore, her support team brought the necessary enthusiasm to get the audience up and moving. In terms of tennis, though, the adolescent appeared to be in a better mental state than her combative, but frustrated opponent.

Read More: Naomi Osaka going on a break, after loss at US Open 2021

Leylah Fernandez’s father and coach the guiding force behind US Open...