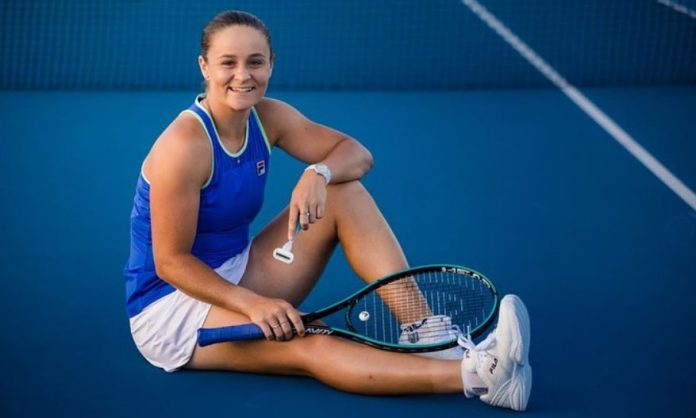 World no. Ashleigh Barty was one of the heavy favourites heading into the US Open this year after a remarkable run at SW19 that included a second major triumph and the first-ever Wimbledon title.

Barty’s triumph at the Cincinnati Masters boosted her prospects of winning another major championship in New York. The Australian, though, was taken aback when Shelby Rogers beat her in the third round of the US Open.

Rogers and Barty split the first two sets and were at odds in the third set, which was decided by a tie-breaker. Shelby Rogers won the race thanks to a pair of important blunders by the Australian.

Despite her dismal performance at the US Open, Barty has had a fantastic year so far, winning five titles (including Wimbledon) and remaining one of the most consistent players on the WTA tour.

Barty’s coach reacted to the change in WTA Finals venue

The Australian star did not declare her next tournament after the US Open and was apparently taking a break before returning to tennis. Meanwhile, the WTA has announced that the WTA Finals would be moved from Shenzhen, China, to Guadalajara, Mexico.

Craig Tyzzer, Barty’s coach, was not pleased with this move. He believed that the top eight players on the women’s circuit should not be forced to compete in the main event under difficult conditions.

“We just realized that it is in Mexico, at an altitude of 1,500 meters, and that they use pressure-free balls there. It is a ball which, if you use it under normal conditions, does not bounce. It is not the best advertisement for the best players in the world”, Tyzzer said.

Following her coach’s comments, the World No. 1 has decided to withdraw from the Indian Wells Masters. The competition is scheduled to begin on the 4th of October.

Curious about her decision on the WTA Finals… https://t.co/axtPjLEZHz

Her reason for leaving has not yet been revealed. However, it’s evident that the Australian doesn’t want to play in too many tournaments before the new season begins.

After Indian Wells, there are no further Masters events scheduled for the rest of the year. However, before the start of the WTA Finals, there is a 500-series event in Russia and a handful of 250-level events. Barty is quite unlikely to compete in any of these competitions.

Due to Barty’s unavailability until the WTA Finals, other players will have a fantastic opportunity to shine at the upcoming tournaments, particularly the Indian Wells Masters.