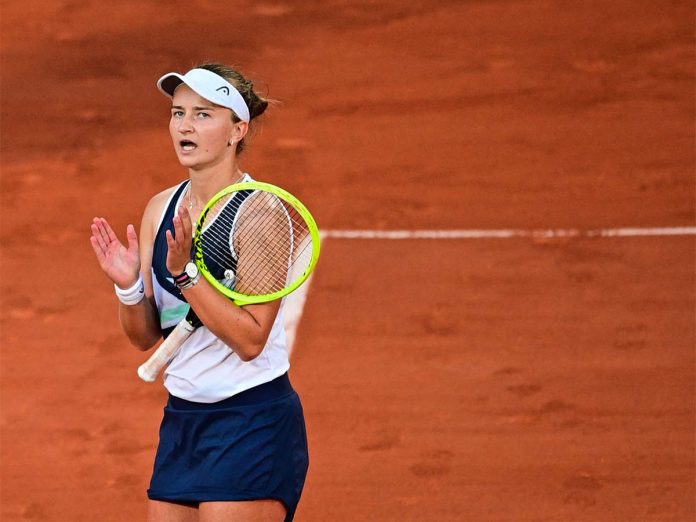 Garbine Muguruza, the World No. 10, was the star of the show tonight. She met Barbora Krejcikova in a much-anticipated round 4 match. Fans were on the edge of their seats as the two battled it out in an attempt to get one step closer to the elusive Grand Slam.

The two WTA stars wreaked havoc on the flushing meadows, providing the much-anticipated entertainment. The odds were even for both because there wasn’t much dividing them.

World No. 10 tried her best to keep up with World No. 9 as she began her match in a dominant manner. Despite her heroics over former World No. 1 Victoria Azarenka in the previous round, Muguruza struggled to find her footing and form against Krejcikova.

In their round 4 match, both WTA stars left no stone undone. Even though fans were anticipating a ferocious performance, what followed much exceeded their expectations.

Muguruza appeared to be out of the match after losing the first set. She did, however, make a dramatic comeback in the second set, going from 4-0 to 5-4, and was one game away from resurrecting herself. But, just then, Barbora called a medical timeout that lasted nearly 8 minutes, breaking the Spaniards’ momentum.

Muguruza and team not happy as Krejcikova slowly goes to her towel while she is ready.#USOpen pic.twitter.com/XSMS2wcdzj

“That is so unprofessional” 😤

Barbora Krejcikova and Garbine Muguruza have a tense exchange at the net after the Czech wins their #USOpen last-16 encounter following a lengthy medical timeout pic.twitter.com/JopI50J0zi

She was clearly upset when she eventually withdrew from the tournament. Muguruza’s displeasure was clear as she exited the court with a fairly abrupt handshake at the net.

The Czech national took a timeout just before the game went into a tie-break in the second set, citing respiratory problems. She seemed unstoppable when she returned after more than 8 minutes, fully recovered.

She won 7 points in a row on her return to the court, knocking out her Spanish opponent and thus ending any possibility of a comeback. Barbora Krejcikova was in tears as she walked off the court, the misery from her injuries clearly visible.

Verstappen bittersweet about Belgian GP victory – “Not how you want...