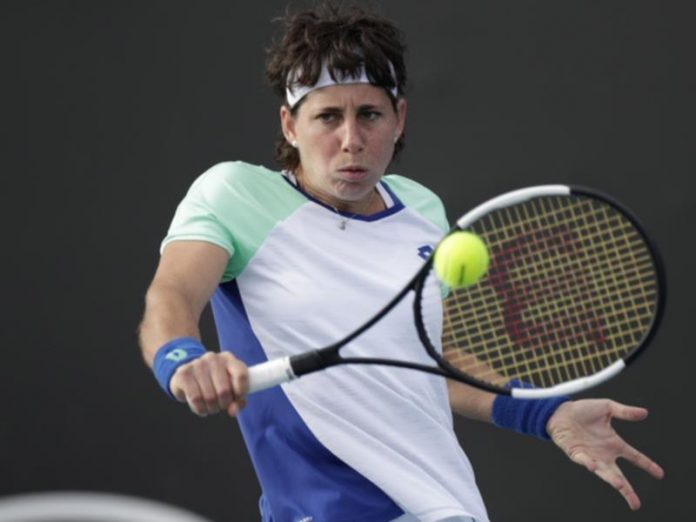 Carla Suarez Navarro, a former top-10 singles player, has been a steady performer on the WTA Tour for the past decade. She has consistently produced high-quality tennis throughout her career, earning a career-high ranking of World No. 6 in 2016.

Last year, the Spanish player was, tragically, affected with cancer.

Carla Suarez Navarro has recovered from her sickness and has competed in a few events this season, which is a positive development.

Carla still needs to see her doctor on a regular basis. As time has gone by, though, she feels a sense of progress.

“At the moment it is something past, luckily I only have reviews left and if the reviews go well I will be calm and the truth is that it is nothing that occupies my day today.

“I feel good, physically, obviously, my body has made changes, but I am adapting and now I feel good,” she said as per reports on Larazon.

Carla’s news is very good to hear, and the Spaniard has indicated that this year’s Billie Jean Cup will be her final tournament.

The event will undoubtedly be a heartfelt farewell to a beloved player who had to quit the sport due to terrible circumstances.

Carla confirmed throughout the season that the 2021 season would be her last. She competed in the French Open, Wimbledon Championships, and the US Open, in that order. Carla had previously expressed her desire to go out and play.

When it comes to Navarro, she has a distinct tennis style. She even did the single-handed backhand, which is unusual for a player. She has liked playing on both clay and hard courts over the years.

Read More: Suarez Navarro recalls how exciting it was to play Barty at Wimbledon

Raducanu has the potential to have the same impact as Williams...