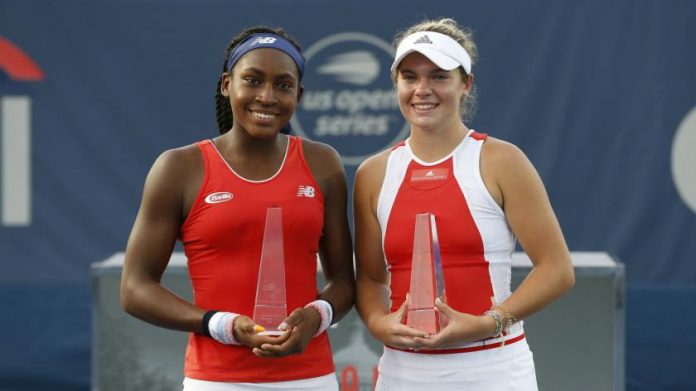 Every season, the Tour’s best players qualify for the ATP and WTA Finals, which take place at the end of the year. And, because only the top eight players are invited to compete, it is a work-in-progress for players all year.

Incredibly, Coco Gauff and Caty McNally of the United States are leading the Race to the WTA Finals 2021 in the doubles category.

To begin with, Barbora Krejcikova and Katerina Siniakova, both Czech professionals, have qualified as top seeds for the event. The combination is most known for winning the French Open and the Olympic gold medal in doubles. Shuko Aoyama and Ena Shibahara, a Japanese doubles duo, qualified in second place.

The new-age doubles duo in tennis, 17-year-old Gauff and 19-year-old McNally, are the surprise entrants. The pair came in second place at the US Open 2021 and are in strong shape to qualify for the WTA Finals this year.

Coco Gauff and Caty McNally in the race

Coco Gauff has only played doubles with her best friend, Caty McNally, with the exception of the French Open, where she played with Venus Williams. Without a doubt, the duo has given some outstanding performances, including winning the crown in Parma.

Gauff and McNally now have 2770 points, putting them in sixth place in the Race to the WTA Finals. Because only the top eight teams will advance, the American duo will most likely compete in Guadalajara, Mexico.

Gauff and McNally were in tears after losing the doubles title to Samantha Stosur and Zhang Shuai in the US Open 2021 final. They did, however, promise to stay together and attain glory in the future.

Chardy regrets taking COVID-19 vaccine – “Next season might be my...