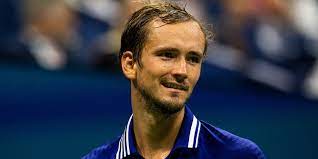 The US Open 2021 has popped up the name of at least one semi-finalist. Daniil Medvedev was up against Botic van de Zandschulp, who himself was enjoying quite a dreamy run at the tournament.

While Botic did manage to get a set off Medvedev, the result was never really in any doubt for the entirety of the match. Medvedev eventually came out on top with a score of 6-3, 6-0, 4-6, 7-5.

Medvedev remembers his first breakthrough at the US Open 2019 in the post-match interview. He performed admirably there, but he was unable to win the Grand Slam after falling to Rafael Nadal in a thrilling match.

He also recalled his performance at the US Open last year, when Dominic Thiem shattered his dream by defeating him in the semi-finals for the second year in a row.

Medvedev has tasted a lot of success in the US Open. As a result, he said that New York holds a special place in his heart.

“I had my first Grand Slam breakthrough in New York reaching 2019 final against Rafael Nadal. So already New York is in my heart. Dominic Thiem played amazing in semi-finals last year, hopefully I can go one better this year,” said Medvedev in an interview, as reported by TennisHead.

He said that anything might have happened in the fourth set of his match against van de Zandschulp, which he won.

Further, he added, “Botic’s run was amazing, to come from qualifiers to main draw is amazing. He played so many long matches but was still able to come back, anything could’ve happened in the fourth set.”

In the semi-finals of the US Open 2021, Daniil Medvedev will face either Felix Auger-Aliassime or Carlos Alcaraz. Fans have high hopes for him and want him to maintain his current level of play. If he can win his first Grand Slam championship in New York this year, only time will tell.

Read More: Bianca Andreescu and Maria Sakkari encounter the highlight of Day 8 at US Open