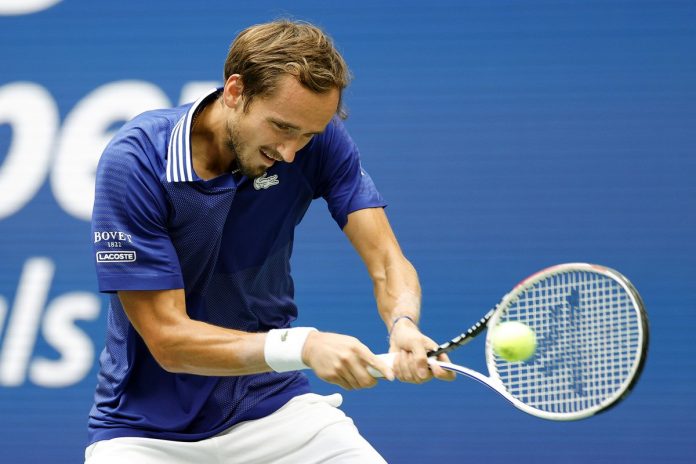 When it comes to the consistency of Next-Gen players on hard courts, Medvedev is the first name that comes to mind. The Russian won eight tour-level titles on hard courts in 2019, with the US Open becoming the ninth.

In the US Open finals at Arthur Ashe Stadium on Sunday, world number two Daniil Medvedev battled past Novak Djokovic in a tense championship match to earn his first-ever major trophy in front of an exciting audience rooting for his opponent throughout the match.

Given his recent loss to the Serb in the finals of the Australian Open, the odds were stacked against Medvedev going into the final. In that encounter, Djokovic dominated the Russian, who appeared uneasy throughout.

Medvedev completed his service games with lightning speed and constantly put pressure on Serbia’s serve. The fact that Djokovic entered the final with the weight of history on his shoulders caused him to falter at crucial points, handing the title to Medvedev.

Daniil Medvedev may wish to seize this opportunity to end the season on a positive note now that he has won his first major title (by defeating a Big-3 player). The Russian’s next ambition is to dethrone Djokovic as the world’s number one player.

According to Tennis Majors, after winning the US Open final, the Russian did not sound hopeful about clinching the top slot at the end of the World Tour Finals.

“I have Paris and the Masters (ATP Finals) to defend. Novak, I don’t think he has much to defend. I honestly think it’s almost impossible”, he said.

There are only a couple of Masters events left on the ATP tour (Indian Wells and Paris). In addition, the year-end championships (World Tour Finals) will be held in Turin. To have a realistic chance of achieving world number one, Medvedev must perform well in all three competitions.

While the absence of Djokovic may help Medvedev’s chances, he will face heavy competition from other players in the draw, including Stefanos Tsitsipas, Alexander Zverev, and others who will be looking to end the season on a high note.