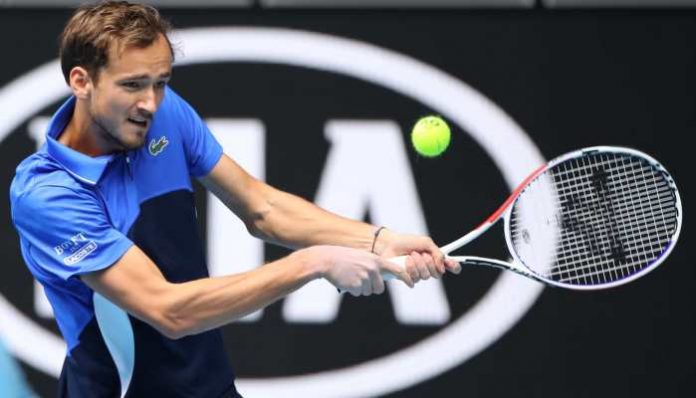 In recent months, Daniil Medvedev has been the most dominant player. The World No. 2 star has been the man to beat since tennis migrated to the North American zone, and he also won the recently finished US Open 2021.

Daniil Medvedev is currently playing for Team Europe in the Laver Cup 2021. In contrast to his other competitors, he is competing in this competition for the first time. In this year’s edition, he is the highest-ranked player. And, with the tournament being held on hard courts, he is looking forward to leading his side to victory.

Medvedev at the Laver Cup

Other members of the team, including as Stefanos Tsitsipas and Alexander Zverev, have competed in prior editions. The Laver Cup will begin on September 24th and conclude on September 26th. The absence of Roger Federer, Rafael Nadal, and Novak Djokovic has given the kids a chance to compete.

On being a part of the Laver Cup 2021, Medvedev said on an Instagram post, “Super excited to play at Laver Cup this year. Fun time coming.”

Medvedev began his season in Melbourne and advanced to the finals before losing to Novak Djokovic. Daniil then went on to win his first Grand Slam title. He advanced to the quarterfinals, but was defeated by Tsitsipas.

The Russian powerhouse had never won a main draw match at the French Open before this season. He reached the fourth round of the Wimbledon Championships before losing to Hubert Hurkacz.

Medvedev increased his levels whenever the action went to the North American zone. Fans wish him well in the Laver Cup and the rest of the season after he won the US Open 2021, his first Grand Slam victory.