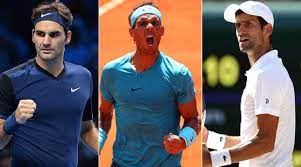 Tim Mayotte, the former world No. 7, believes Novak Djokovic will compete in the Australian Open because the Serb is anxious to distance himself from Roger Federer and Rafael Nadal.

Djokovic, Nadal, and Federer are tied for the most Grand Slam victories with 20 each.

“No question, he will play. Novak desperately wants to separate himself from the other 2. One way or another he will be there,” Mayotte wrote in a Twitter post.

No question, he will play! Novak desperately wants to separate himself from the other 2. One way or another he will be there. https://t.co/9HxX9AnePr

“We need to use common sense here,” Tehan said on Sunrise.

“If we can bring players in – and especially the best players in the world – and they can do two weeks quarantine, it seems to me like a common-sense proposition.”

“It would be a shame if we couldn’t find a way, especially if he was prepared to do two weeks of quarantine, for him to come and defend the outstanding record he has at the Australian Open,” Tehan said.

“It highlights Melbourne across the globe, I think we can use some common sense.”

Djokovic claimed he’s keeping an eye on the situation around the Australian Open in a recent interview with Blic.

“I’m following the situation regarding Australia and to my understanding the final decision of the Victoria Government and Tennis Australia will come within the next two weeks, we are looking at the first or the second week of November.

“I don’t think something will significant will change compared to what we already know.

“As it was the case this year, we can expect a lot of restrictions. I have heard from my manager that Tennis Australia is trying to improve conditions for everyone — vaccinated and unvaccinated players,” Djokovic told Serbian daily newspaper Blic.