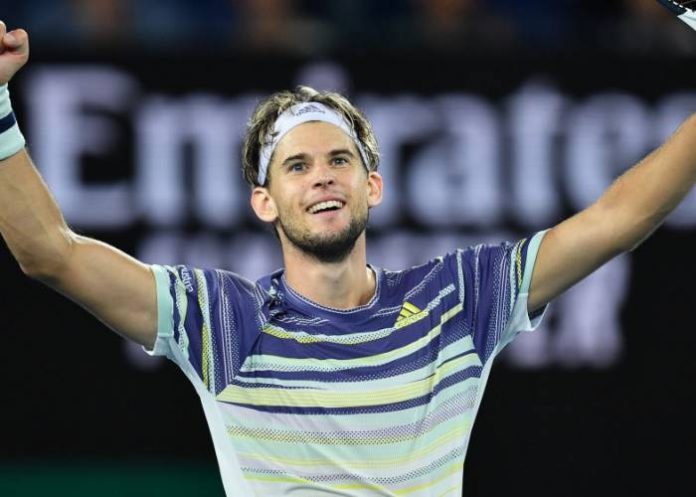 Dominic Thiem will not be able to defend his sole Grand Slam title at the US Open in 2021 due to a wrist issue. He did, however, watch the final between Novak Djokovic and Daniil Medvedev, as did millions of other tennis fans across the world.

Despite the fact that the Serbian fan-favourite lost the match, Thiem praised his fantastic run to the final.

Djokovic has a Grand Slam winning streak of 27 matches and was one win away from completing the Calendar Slam. Medvedev, on the other hand, rose to the occasion and ruined Serbia’s chance at making history. As he got closer to the loss, the 34-year-old started crying as well.

According to Eurosport, Thiem said, “We saw what was going on inside him; also what he had accumulated in the last weeks and months. That is simply inhuman.”

Many celebrities from Hollywood and the sports world had gathered to watch this momentous occasion in tennis. Novak Djokovic, on the other hand, couldn’t put his best foot forward this time, losing in straight sets to Daniil Medvedev in the final.

Despite the defeat, the Serbians were cheered till the very last point. Later, during the prize presentation, he admitted that he had never felt so much affection.

Dominic Thiem also spoke about Djokovic’s overwhelming popularity in New York. “I don’t know him that well, but I think he has a really good heart and has deserved the love of the whole audience here,” Thiem said. “We don’t need to talk about his sporting achievements anyway.”

As a result of the defeat, Roger Federer, Rafael Nadal, and Novak Djokovic are tied for the most Grand Slams with 20 each. The ‘Big 3′ will restart the chase to 21 next year.

Djokovic remained World No. 1 for the whole 2021 season, thanks to frozen ATP Rankings. Despite the fact that Medvedev is close to him, it is improbable that he will overtake him.

More crucially, if Djokovic wins the World No. 1 ranking at the conclusion of the year, he will become the first player to do so seven times. He tied the record with American superstar Pete Sampras last year.

Both Djokovic and Medvedev have already qualified for the ATP Finals at the end of the year. Let’s see whether the Russian manages to unseat Djokovic before the season’s finale.

Roger Federer opens up on his retirement plans