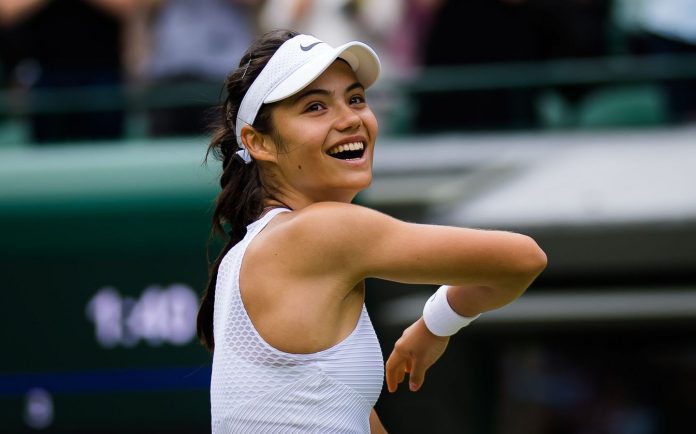 Emma Raducanu, 18, made history by being the first Romanian woman to win the US Open 2021. She not only became the first qualifier to win a Grand Slam, but she did so without dropping a single set. The adolescent expressed her gratitude to the US Open for making all of this possible for her.

Raducanu spent one hour and 25 minutes on the court in the final against 19-year-old Leylah Fernandez. It was, ironically, the longest time she needed to win in her last three weeks in New York.

Moreover, the final battle did not end without a smidgeon of drama. Raducanu bled her left leg during the second set’s climax, prompting a medical time-out. Notably, it did not go down well with Fernandez; yet, in the end, the two were all grins.

The New York audience made their presence felt in every match, without a doubt. During important moments, they applauded, supported, and even lifted the players. Such a remarkable occasion would not have been possible without them.

Raducanu made a video for everyone at the US Open and praised them profusely as a result. The three weeks would be a memory she would remember for the rest of her life.

She said, “Hey everyone at the US Open, thank you so much for all your support over the last three weeks. And for coming to the match today. I really really appreciate it. You really got me through some tough moments, so thank you so much. I hope to see you again here soon.”

#USOpen champion @EmmaRaducanu has a special message for all of you: pic.twitter.com/eWtfe7PQ7a

A target for her till the end of the year can be to break into the top 8 in the WTA Finals rankings. She is currently in 14th spot and will need to continue her recent dominance on the court.

Dominic Thiem to miss rest of the ATP season due to...