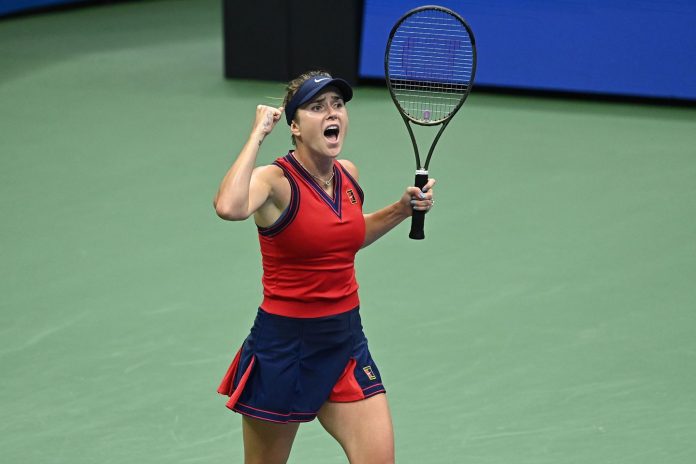 Tennis personality Eugenie Bouchard is one of the Tour’s most notable players. The Canadian talent is well-liked by fans and members of the tennis community. She gained a lot of popularity shortly after her first appearance on Tour.

Eugenie Bouchard was recently watching Elina Svitolina and Simona Halep’s fourth-round match. The match was won in straight sets by the Ukrainian star, 6-3 6-3.

Svitolina is playing VERY good tennis. So positive as well 👌🏼

The Canadian player was impressed by Svitolina’s performance and tweeted, “Svitolina is playing very good tennis. So positive as well.”

Elina was playing a steady game from the start, according to her reflections on the match. She served flawlessly throughout the match, leaving no space for error. On the whole, it was a clinical performance which was also appreciated by Bouchard.

Bouchard began her season by competing in the Australian Open, although she was unable to get past the second qualifying round. She then competed in a pair of events in Mexico, reaching the finals in one and losing in the first round of the other.

She hasn’t competed since then and had to have surgery on her right shoulder. She hasn’t participated in the Tour in a long time. She had, however, taken up a position as a Tennis Channel analyst, which she continued to perform until the US Open Series tournaments were completed.

When she next gets onto a tennis court, it will be intriguing to see what happens. It’s still unclear whether she’ll be able to compete this season. Fans are expecting to see her back on the tennis courts soon, so we wish her a swift recovery.

Read More: Rafael Nadal withdraws from US Open due to injury