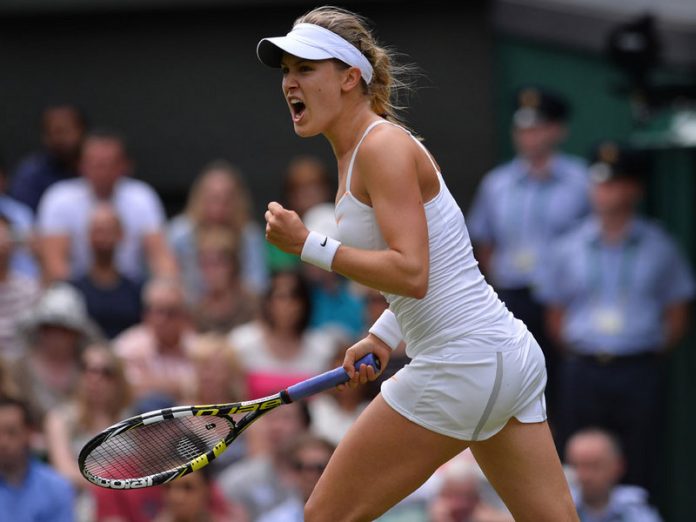 Eugenie Bouchard of Canada rose to prominence after reaching the final of the 2013 Japan Open. The Canadian is also the first player born in Canada to reach a Grand Slam singles final while representing his country.

In the 2014 Wimbledon Championships, Bouchard was defeated by Petra Kvitova.

The 27-year-old has been out of action since March following surgery on her right shoulder. Bouchard recently updated the public on his injuries via social media.

On Instagram, Eugenie Bouchard of Canada shared an update on her injury. She was observed working out in the gym with maximum dedication and intensity.

Bouchard hurt her right shoulder in March and pulled out of the following tournaments. She talked about her recovery and looked optimistic about making a comeback in a recent interview with TennisChannel.

She said, “Yes thank you for asking, it’s going well. So its been two and a half months now since I had the surgery and so I am still in the process of doing rehab every single day.

“I have to get my shoulder worked on, I have to do exercises with bands, exercises that are kind of like range of motion type. So I am not on the court yet, I think I need about another month or so before I can get on the court and start that progression of training.”

Eugenie Bouchard began her season in 2021 in the Australian Open. Unfortunately, the Canadian lost in straight sets to Yue Yuan in the second round of qualifying. She then competed at the Lyon Open, where she was defeated in the round of 32 by Aliaksandra Sasnovich.

Her best finish in the 2021 season came in Mexico’s Abierto De Guadalajara. She breezed into the competition’s finals, dropping only one set along the way.

Sara Sorribes Tormo, on the other hand, defeated her in straight sets in the final, 6-2, 7-5. She was eliminated in the first round of the Monterrey Open.

Eugenie Bouchard hasn’t played professional tennis since March 2021. Her recovery appears to be going well and she is hopeful of returning to the WTA tour soon.

Read More: Bouchard delights fan with response to “tennis is boring without you” tweet

Matteo Berrettini net worth in 2021