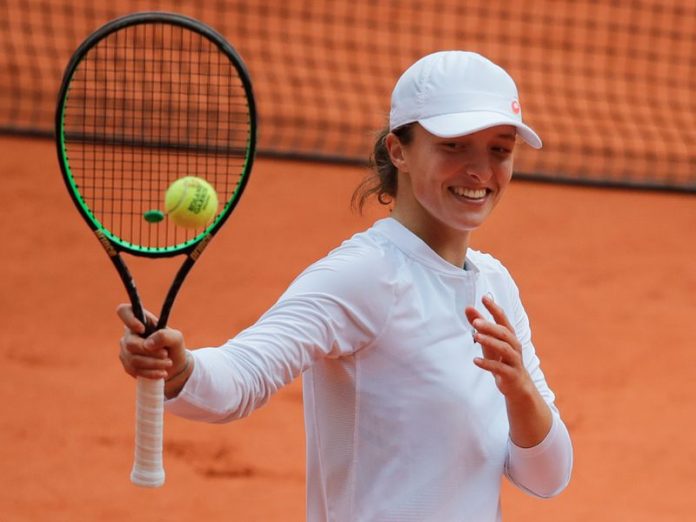 Iga Swiatek, a Polish tennis player, confessed earlier this year that she became too preoccupied with her ranking and that she wishes to prevent that in the future.

Swiatek is currently ranked No. 4 in the world, which is a career-high.

“I realised that I was going to be in the world’s top 10 for the first time,” Swiatek said, per Tennishead.

“I started looking at the rankings a bit, which wasn’t a good idea.

“I started comparing myself to other players.

“I know that’s a mistake, but our whole year and our seedings are based on rankings, so it’s hard not to look at that.

“But as soon as I realised that the best thing was to focus on being on court and remembering what my motivations are – and they’re not my ranking position or my rankings points total – then it was much easier.”

Rafael Nadal encourages players to be modest even if they are rated No.1 and their opponent is ranked No.1000.

In 90% of her matches, Swiatek is currently ranked higher. She says these put a lot of pressure on her.

“For my whole life I’ve been the younger player, with the lower ranking,” the current world number four said.

“I realised during the US Open, during my first rounds there, that it’s always harder to play with expectations and with the feeling that you have to win because you know how you can play.

“I like what Rafa [Nadal] always says: that you have to be humble and it doesn’t matter if you’re number one in the world and you’re playing someone who is ranked 1,000.

“I’m trying to implement that in my attitude. It’s not easy, but I’m working on that”.

Read More: Iga Swiatek admits that dealing with success was “harder” than she initially expected