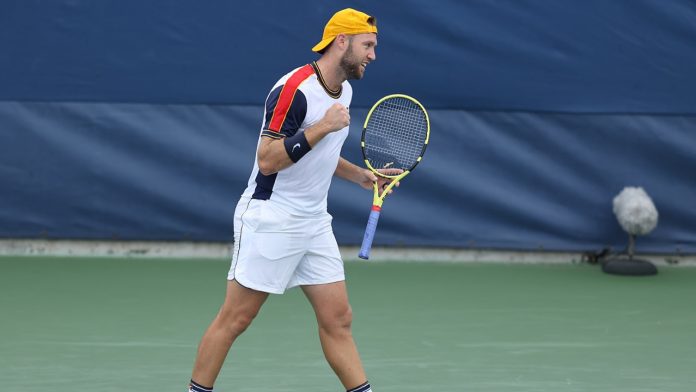 Jack Sock, one of America’s best tennis players, had his US Open 2021 campaign cut short in the third round. He retired in the fourth set against Germany’s Alexander Zverev after a brilliant first set. As a result, the fourth seed Zverev has advanced to the fourth round, where he will face Italian Jannik Sinner.

Without a doubt, Sock made a tremendous comeback on the Tour, particularly at the 2021 US Open. Not to mention the excitement he provided to the fans in his hometown with his 2017-style performances.

Similarly, the New York audience roared for Sock, who was up against fourth seed Zverev. The American pro even won the first set in under 40 minutes, with 18 wins and only three unforced errors. The entire tennis community was ecstatic as they saw Sock hit wall-cracking forehands. Unfortunately, he tore his thigh early in the second set and was never able to regain his rhythm.

Furthermore, Alexander Zverev praised the level of tennis played by Sock versus Arthur Ashe. He stated, “If he would’ve continued playing the way he was, I would be planning my holidays!”

“If he would’ve continued playing the way he was, I would be planning my holidays!”@AlexZverev praises Jack Sock, who was forced to retire with injury in the fourth set of their 3rd round #USOpen encounter pic.twitter.com/vwP1To9GpD

Despite continuing for the next two sets, the 28-year-old was unable to make a difference in the struggle. Furthermore, he allowed Zverev to find his game and fully exploit the situation. Finally, Sock felt that he couldn’t go on any longer and opted to quit the match. Zverev won the match by default, 3-6, 6-2, 6-3, 2-1.

Fans will want Sock to return to the court as soon as possible, so let’s hope it’s nothing severe. Overall, he turned forth an outstanding performance during his brief US Open 2021 campaign. Let’s hope he returns to the Laver Cup in 2021.

Why did Judy Murray share old picture of Emma Raducanu with...