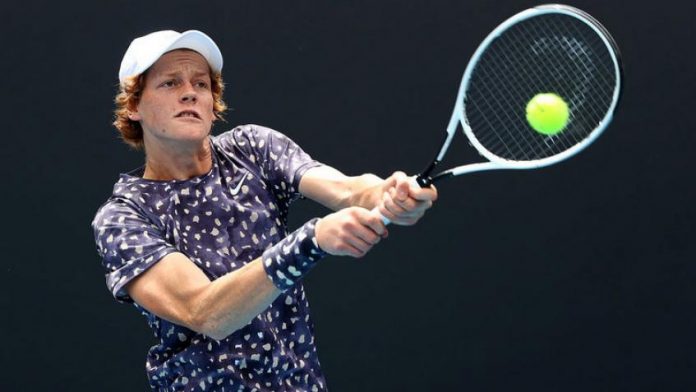 Novak Djokovic had a fantastic year in 2021, winning only one match since the Grand Slam. The world number one reached the final of the US Open against Daniil Medvedev after winning the first three Slams of the season.

With the chance to record a remarkable page in history, the Serbian champion became caught under the Russian’s strikes.

If Nole wins in New York, he will follow in the footsteps of Rod Laver and become the all-time Grand Slam leader (he currently shares the record with eternal rivals Roger Federer and Rafael Nadal).

The Belgrade native will return to action next week in Paris-Bercy, a warm-up event for the ATP Finals in Turin and the Davis Cup finals. Jannik Sinner is one of the guys that has shone out in recent weeks.

The 20-year-old Italian, fresh off victories in Sofia and Antwerp, is gearing up for a trip to Turin, despite a stunning semi-final loss to Frances Tiafoe in Vienna, when he was up 5-1 in the second set.

“I’ve said it many times: Jannik Sinner has all the credentials to become ATP number 1 after Novak Djokovic’s reign is over,” Barazzutti said as per reports on Tennis Head.

“Sinner is forging ahead to reach the top of the standings. Meanwhile, he has an excellent chance of qualifying for the ATP Finals in Turin.

“I hope he decides to play Davis Cup. Given the presence of Matteo Berrettini and all the others, I would not be surprised if Italy lifted the trophy

“Sinner has extraordinary potential and is predestined, but let’s take it slow. Djokovic is the best ever, so we don’t run too much.

“Jannik is serious, diligent, professional and takes defeats with the right attitude.

“Learn from them and don’t grumble. I’m sure it will give us great satisfaction.”

Djokovic is expected to compete in the ATP Finals in Turin. While rivals Roger Federer and Rafael Nadal are expected to return for the 2022 season.

Kei Nishikori’s season has been cut short again due to recurring...