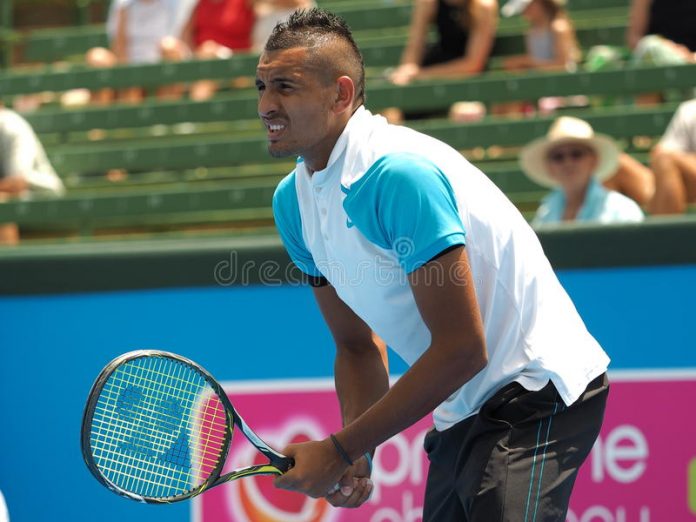 Jannik Sinner is having a great time playing tennis in 2021. With four ATP victories already this year, the 20-year-old is having a fantastic breakout season.

Many people have joined his fan club, including Australian professional Nick Kyrgios.

Jannik Sinner’s outstanding recent record was recently hailed by the Australian, who recalled his doubles battle against him at the Washington Open.

Nick Kyrgios is presently on a tennis hiatus. While recovering from his injury, the 26-year-old is spending time with his close friends and family in Australia.

He just took to Twitter to congratulate Jannik Sinner, an Italian. He’s already won four ATP titles at Melbourne, Washington, Sofia, and the European Championships, and he’ll be aiming for a fifth in Vienna.

“He is another level. That’s for sure, played him in Washington doubles. Never played someone who hit the ball as hard,” Kyrgios said.

During the Washington Open doubles tournament, the Australian spoke about their interaction. Nick Kyrgios and his partner Frances Tiafoe faced Jannik Sinner and Sebastian Korda in the competition’s quarter-finals.

The encounter left a lasting impression on Kyrgios, who lavished praise on the Italian. Given the kind of opponents Kyrgios has faced, being the hardest hitter he’s faced is no small accomplishment.

Jannik Sinner, an Italian, is presently competing in the Vienna Open. He breezed over America’s Reilly Opelka in the first round. Sinner won in straight sets in a match that he was favored to win. Dennis Novak of Austria will now face the number seven seed.

Sinner will be full of confidence after winning the European Open with a resounding victory. Furthermore, during the past couple of events, he has a stellar indoor hard court record. Sinner will be hoping for yet another win over the Austrian.

Read More: Why does Nick Kyrgios want to indulge in a game of hide & seek with Novak Djokovic?

Novak Djokovic would have a harder time in quarantine than outside...

Leylah overwhelmed to see fans’ reaction at Indian Wells – “I...