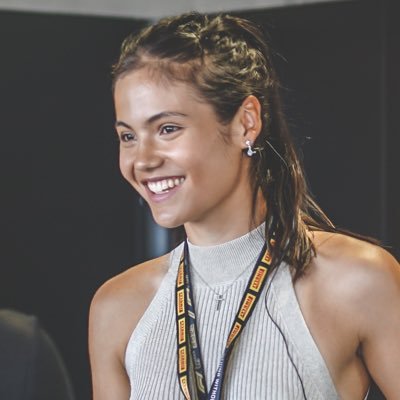 Raducanu has a rich cultural heritage, which you can obviously see from her surname. She broke the internet after the final because of her incredible performance. Judy Murray, the mother of Grand Slam champion Andy Murray, recently shared a throwback photo of the women’s champion with Simona Halep, another Slam winner.

Raducanu became the first woman to win the US Open straight from the qualifying rounds, and she did so without dropping a set. She won ten matches in a row in two sets.

At the tender age of 18, the British prodigy has already made headlines across the world. In the final, she gave a faultless performance against Fernandez, another player who has excited spectators throughout the marquee event.

Following the historic final, tennis fans stormed the internet to congratulate the young winner. Judy Murray was one of them, and she has long been a supporter of women’s tennis. The 62-year-old took to social media to share an old photo of Raducanu with her idol Halep.

We should never underestimate the importance of female role models in sport and creating opportunities for young athletes to get close to them. Emma Raducanu’s dad is Romanian and here she is with Simona Halep. 💕 @EmmaRaducanu @Simona_Halep pic.twitter.com/DgGugEE6Fn

Raducanu has admired Halep both on and off the court since he was a child. The image was a sweet but motivating throwback. Halep, a two-time Grand Slam champion, even commented to the post with a heart icon.

Though the Romanian former World No. 1 has been battling to regain her best form of late, she has undoubtedly contributed significantly to the success of another star.

Raducanu and Halep’s stories demonstrate the true power of sport. In so many various ways, one person can inspire and improve the lives of many people. Raducanu will hope she can take inspiration from the high standards set by former greats like Simona Halep.

Leylah Fernandez’s father and coach the guiding force behind US Open...

John McEnroe refuses to back down over previous Emma Raducanu comments