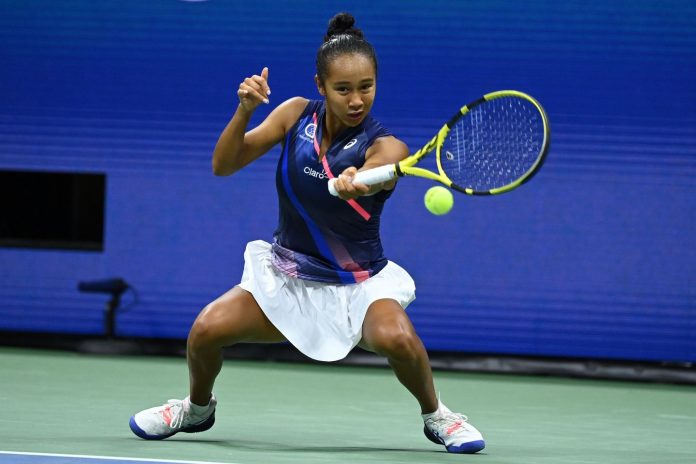 Without a doubt, the year 2021 will be recognised as the year of the youth. The American audience was on their feet tonight thanks to another amazing performance by Canadian international Leylah Fernandez.

Leylah, 19, is a young, agile, and full-of-love and life 19-year-old who sailed into the US Open semi-finals.

Leylah has seized the spotlight at the Flushing Meadows, paving the way to triumph one historic win at a time. She put on another unbelievable display after battling past former champions and knocked them out in overwhelming wins. Notably, she took on Ukrainian powerhouse Elina Svitolina and left no stone untouched.

Leylah was a force to be reckoned with, dominating the game and making history in the process. Even though she put on a mind-blowing performance, it was her post-match comments that sent shivers down the spine of a sold-out stadium.

Leylah highlighted the great words of inspiration that came from her father. These words most likely came to her rescue when she needed it the most, proving doubters wrong and giving supporters something to cheer for.

“Fight for your dream.”

She defeated No. 5 ranked Elina Svitolina to advance to the #USOpen semifinals. pic.twitter.com/6DzPSAxAxQ

Despite dropping a set, Leylah battled back to win the match in an exciting tie-break. With her victory, she advanced to the semi-finals with a score of 3-6, 6-3, 6-7.

Aryna Sabalenka smashes her racquet to pieces after losing a point...

Federer announces return date, but wants to take it easy