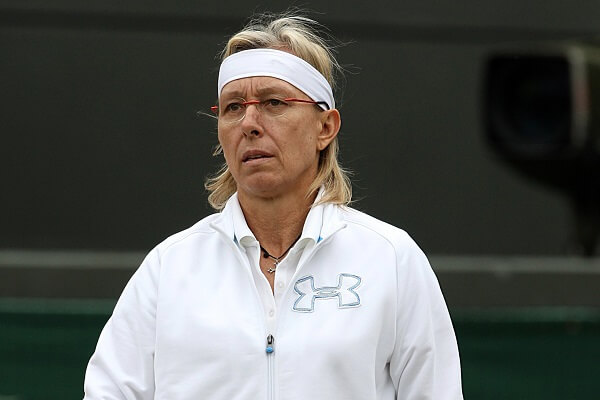 Sebastian Korda is a professional tennis player from the United States who rose to prominence after winning the Emilia-Romagna Open in May 2021.

In the finals, he defeated Marco Cecchinato to win his first ATP 250 title. The Americans dominated the competition completely, not dropping a single set throughout the entire event.

Korda, who is now competing in the San Diego Open in California, defeated Tommy Paul, a fellow countryman, in a three-set round-of-32 match in which Korda had complete control in the third set. Martina Navratilova praised the American after the match, calling him a “full player.”

What did Martina say about Sebastian Korda?

In an interview, she said “Also a matter of time. Seb Korda, a complete player, he keeps his head about him. First time I saw him play I’m like, ‘he’s already been here, in his previous life,’ I don’t know. He’s been coached so well by his parents.

Martina Navratilova is an 18-time Grand Slam singles champion and former World No. 1. She retired in 2006 after a long and illustrious professional career.

Sebastian Korda is back in action in the San Diego Open in California, after an unsuccessful run at the US Open 2021. The American got off to a fantastic start in the competition, defeating Tommy Paul in the first round.

“It was tough. Tommy started playing a lot better. In the first set I was playing really well and dictating really well and then he was coming up clutch in some big moments. I just played better in the third set,” he said in a post-match interview, according to reports on ATP Tour.

Read More: Why did Sebastian Korda withdraw from the US Open 2021?