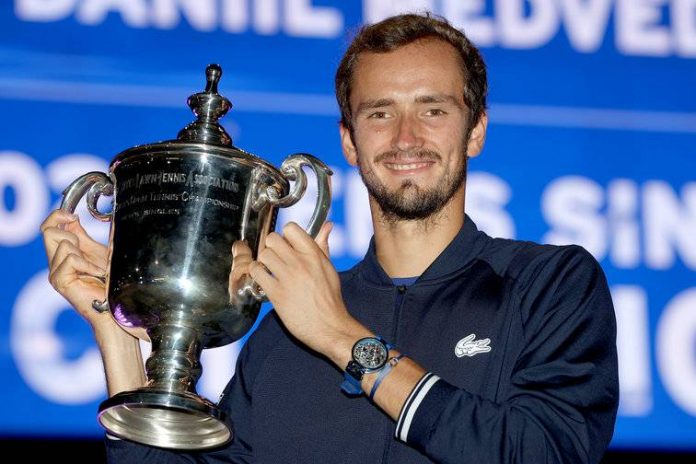 Daniil Medvedev, the Russian tennis superstar, has been in incredible form in recent weeks. The 25-year-old accomplished the unfathomable by depriving Novak Djokovic of his 21st Grand Slam championship.

As a result, he won the US Open for the first time, his maiden Grand Slam victory.

According to a study conducted by Jeu, Set et Maths, a Twitter account dedicated to tennis statistics, Daniil Medvedev would have been the World No. 1 player if the points system had not changed These reports are found here- as.com.

Following the epidemic, points from earlier editions of events that were unable to be played the previous year due to the crisis were frozen, and tennis players’ rankings were also restricted to protect them when they were unable to travel due to restrictions or injury.

Novak Djokovic would have been on 8860 points instead of the current 12133 points if the standard protocol and procedure had been followed. Medvedev, on the other hand, would have 9015 points instead of 10780. Roger Federer and Rafael Nadal would be outside the Top 10 in such scenario.

Looking back on Daniil and Novak’s season, they began by competing against each other at the Australian Open. In the final, they faced off, and the Serbian machine came out on top in straight sets. Djokovic won his 9th Australian Open title in the process.

Following that, they faced off in the season’s final Grand Slam event, the US Open 2021. The Russian star, much to everyone’s surprise, won the match in straight sets.

He did what no other player has done this season: he defeated the World No. 1 Serbian ace in a Grand Slam. We anticipate many more battles between these two stars in the upcoming season of 2022.

Kyrgios set to give remainder of 2021 season a miss due...