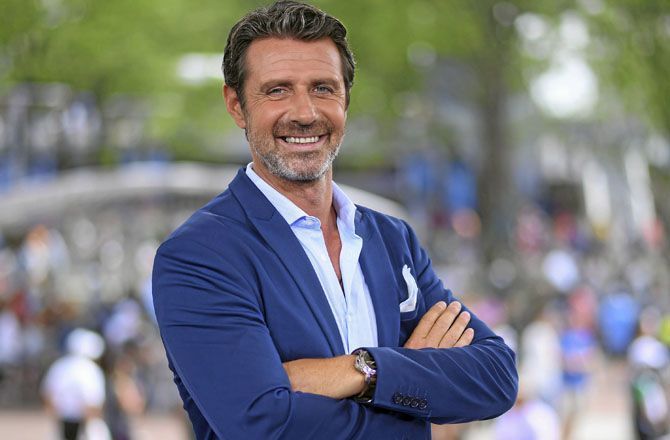 Patrick Mouratoglou, Serena Williams’ coach, is a household name in tennis. He now heads one of the world’s largest tennis academies and has been coaching the American legend for nine years.

Stefanos Tsitsipas and Coco Gauff, for example, are both Mouratoglou Academy grads. Patrick not only runs a world-class facility, but he also has a lot of clout in the tennis world.

Patrick Mouratoglou, Serena’s coach, recently spoke at the Web Technology Summit in Lisbon, Portugal. In it, he focused solely on the problems that are impeding the growth of tennis.

The current bouts, according to the Frenchman, are extremely long and slow, and as a result, the sport is unable to attract new spectators.

“The average age of viewers is 61 years. Why are we unable to bring new fans? There was a digital revolution and the consumption of content changed completely.

“If we look at tennis, the games are very large, slow, not very authentic and not immersive,” said Mouratoglou.

Mouratoglou stated that changing the rules of tennis is necessary in order to attract new followers.

“How will tennis have to reinvent itself? If we try to touch the rules of tennis, the vast majority will hate it. We don’t want to disappoint the fan base, but we also want to attract new fans.

“There is room for a new league. It’s very dynamic, with attractive changes for young people,” added the coach.

Mouratoglou remarked in the same lecture that the first edition of the UTS had some fantastic players.

As a result of the new rules and rapid matches, the management was able to engage with a significantly larger number of fans, and the average age of their following was dropped to 40 years old.

“We had great players [in the first edition]. Everyone wants to play again and is prepared to play both circuits.

“We already have many fans on social networks, the average age is 40 years old and most were not fans,” concluded the 51-year-old.

Patrick Mouratoglou appeared to be quite forthright in his assessment of the current state of tennis.

Read More: Mouratoglou heaps praise on Serena – “Will be greatest even if she doesn’t break record”