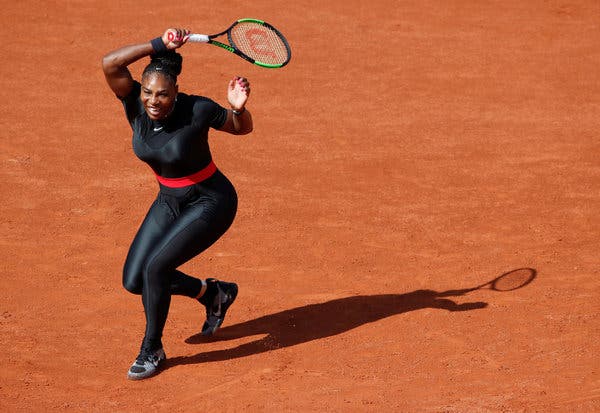 Any sport is as much a mental game as it is a physical one; many fights, after all, are fought in the minds of the competitors. As a result, each player has their own approach to dealing with the obstacles that arise.

However, according to coach Patrick Mouratoglou, there is a mental component that distinguishes tennis superstars. He cited Serena Williams and Novak Djokovic as instances for this.

Serena Williams once won Roland-Garros, according to the French coach. Despite the fact that the task appeared insurmountable, the American icon overcame it with her brain.

To begin, Serena’s coach, Patrick Mouratoglou, gave an example of champion mindset. As a result, he used Novak Djokovic as an example.

“The greatest champions have their reality. Imagine Novak enters here, and he sees the room. And he doesn’t see the same things as you and me. He sees that this chair is red.”

“Is it red?” Patrick asked. “No,” answered the person behind the camera. “But it is red. He sees it red. It is red,” Patrick continued. “The thing is, when you turn back, it has become red. I know it sounds crazy, but that’s what they do.”

Following that, he told how Serena Williams had won the French Open while suffering from a 40-degree fever. It’s not just inspiring, but it’s also one of the finest tennis stories ever told.

Leylah overwhelmed to see fans’ reaction at Indian Wells – “I...

After defeating Alcaraz, Murray shows how he is not ready to...