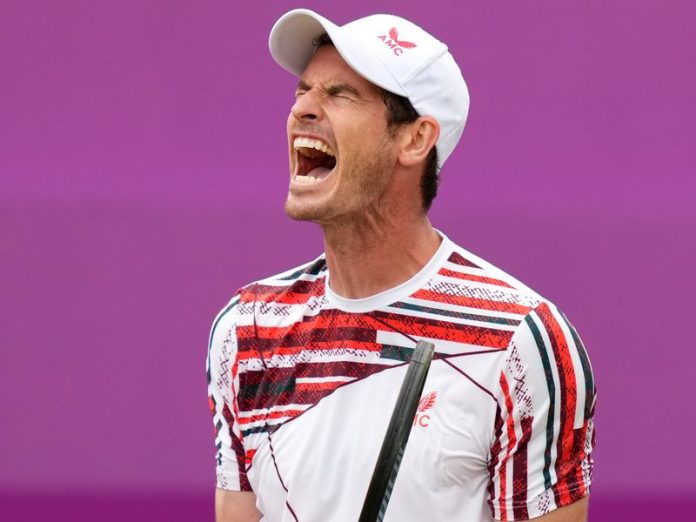 Andy Murray advanced to the second round of the San Diego Open by defeating American Denis Kudla in straight sets when his intended opponent Kei Nishikori withdrew due to a back injury.

The Scot came in San Diego after reaching the quarterfinals of the Moselle Open in Metz last week, his best finish in seven tournaments since his most recent comeback in June, following lengthy absences from the game due to hip surgery and a slew of other problems in recent years.

🇬🇧 @andy_murray will play Casper Ruud in the second round of the #SanDiegoOpen after he defeated Kudla 6-3, 6-2 👏 pic.twitter.com/M2X9Oh6pxG

After being handed a wild card admission into the hard-court competition, the 34-year-old continued his fine form by defeating 94th-ranked Kudla 6-3 6-2 in a match that lasted only 69 minutes.

Not that easy: Andy Murray

Murray stated that the last-minute opponent switch was difficult for Kudla, who was on his way to Los Angeles at the time.

“Yeah, I mean, it’s obviously not that easy, only found out probably about an hour and a half before we went on the court,” he said, according to reports on Eurosport.

“It’s not easy for him because he was on his way to LA when he found out, in the car. It’s not like he was playing around here. It’s obviously a great effort for him to come out and come back and play.”

Murray, who is presently ranked 109th in the world and is closing in on the top 100, ensuring automatic entry for the Australian Open, will now face Norwegian second seed Casper Ruud, the world No. 10.

The 29-year-old Kudla, who entered as a lucky loser, had little trouble getting rid of the former world No. 1.

Murray won 90% of his first serve points and three of four break points against Kudla’s serve in both sets, while not giving his opponent a single break point.

“It’s great to be on the court, sort of healthy and competing like week after week for the first time since 2017,” Murray said. “It’s been a long time and I’m starting to feel better with each match.

“The rankings are not the number one priority. But I’ve had some tough draws in the last few months. And obviously, your ranking gets high enough and you can start to get seeded and eventually you avoid that. I want to try and win and push my ranking up to get myself a better chance of having a deep run in some of the major tournaments again.”

Murray will play Ruud in the last 16 for the first time. Ruud has been in excellent form this year, winning tournaments on clay at Geneva, Bastad, Gstaad, and Kitzbuhel, and moving from 27th in January to his present position in the top 10.