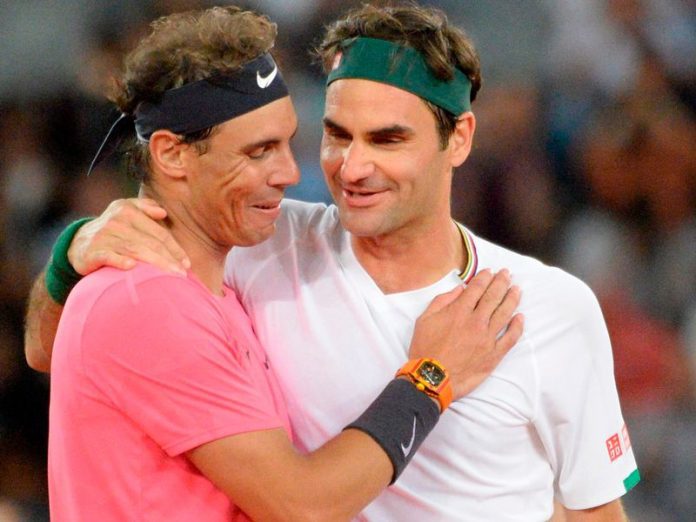 In the fourth edition of the Laver Cup, Team Europe defeated Team World, extending their dominance in the tournament and bringing the total score to 4-0.

Despite the absence of two luminaries, Roger Federer and Rafael Nadal, the squad in blue won convincingly. Team Europe’s 4th consecutive triumph was congratulated by the legendary duo.

The Swiss maestro lauded the spectators and the competitors in Boston as the brains behind the event. He even paid a surprise visit on the first day, adding to the tournament’s glitz and shine.

With a final score of 14-1, Team Europe became the first team from Europe to defeat Team World.

The Laver Cup was cancelled last year owing to the Coronavirus outbreak. As a result, for those who appreciate this event, this year was more special. Only Roger Federer and Rafael Nadal’s Laver Cup moments were absent.

Despite the fact that they were unable to attend the event, they both watched it on television. And the outcomes have pleased both on-court rivals.

A message from a “very happy” @rogerfederer. #LaverCup pic.twitter.com/dLpBHPkm3T

Federer said, “I hope everybody had a wonderful time following on social media or in the stadium. I thought the crowd was absolutely incredible. Also, the matches were good. They were close, but in the end, Team Europe got it done. So, of course, I was personally very happy, but I was just happy watching great quality of tennis, and I hope you did too.”

Fans will naturally expect to witness Federer and Nadal at the Laver Cup London 2022 next year. It would certainly make finding their first title in this three-day event even more difficult for Team World.

Due to injuries to their knee and foot, Federer and Nadal were forced to end their 2021 seasons early. However, the good news is that they are both making good progress in their recovery and plan to return next year.

There will always be something lacking on the Tour without them. In 2022, they should achieve a full recovery and compete in as many competitions as possible.

Read More: Lopez hopes Nadal and Federer return for Madrid Open – “Will have all the best available”

Dominic Thiem to miss rest of the ATP season due to...