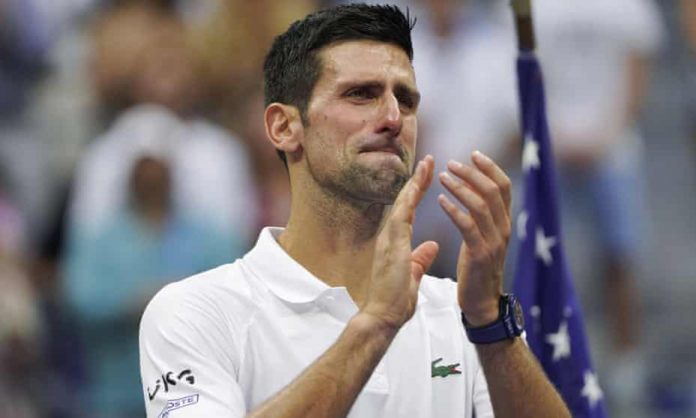 No. 1 in the world Novak Djokovic visited Sarajevo before heading to Visoko to see the Bosnian Pyramid of the Sun. Djokovic paid many visits to the Bosnian pyramids last year.

The founder of the pyramids, Semir Osmanagic, asserts that the pyramids have miraculous healing abilities.

The European Association of Archaeologists has consistently attacked Osmanagic’s work, claiming that the Bosnian pyramid theory is not founded on legitimate science. Djokovic went to Visoko to find serenity after the Adria Tour fiasco last year.

Following his setback at the US Open, Djokovic returned to Visoko

After losing to Daniil Medvedev in the US Open final, Djokovic missed out on a record 21st Grand Slam and a Calendar Grand Slam. After the final, Djokovic agreed that tennis is undergoing a transformation right in front of our eyes.

According to reports on Tennis World USA, Djokovic said, “I think it has already started in a way, with Dominic Thiem winning here last year. Daniil, I don’t know if he’s No. 1 now or is soon-to-be No. 1. Look, it’s normal. The transition was inevitable,”

“The older guys are still hanging on. We’re still trying to shine the light on the tennis world as much as we possibly can. I’m speaking on my own behalf. I still want to keep going, try to win more slams, play for my country.

“Those are the things that motivate me the most I think at this point. But the new generation, if you want to call them this way, is not anyone new. It’s already current, established. Of course, they are going to take over.

“I think tennis is in good hands because they’re all nice guys and very, very good, high-quality tennis players. They got something to offer on and off the court. We are hoping that the transition will be smooth in terms of the attention and the popularity of this sport.

“It’s very important. We all, of course, want to win on the court, but at the same time we all at the top represent this sport. We need to be aware of that, take this responsibility and try to bring more fans to the world of tennis.”

Barty’s coach opens up on the quarantine rules on Australia return...

Felix Auger-Aliassime net worth: How much does the tennis player earn...