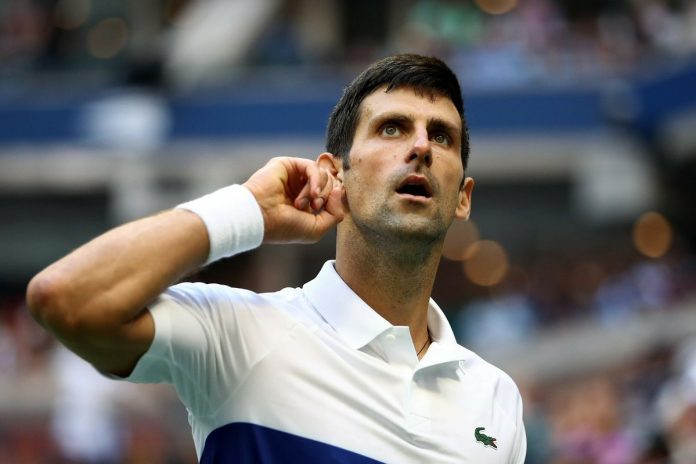 Novak Djokovic, the World No. 1, has advanced to the third round of the US Open 2021. It means he’s just five matches away from completing his 21st Grand Slam and the 2021 Calendar Slam. He recently defeated Tallon Griekspoor of the Netherlands in straight sets, 6-2, 6-3, 6-2.

Djokovic remarked on the fans, motivation, challenges, and his experience in New York City after winning this match in 100 minutes. Above all, he acknowledged that the journey to the Calendar Slam is more cerebral and emotional than physical.

Winning a single Grand Slam championship is unquestionably a monumental achievement for a professional tennis player. Djokovic has won the first three major tournaments of the year and is now bidding for the year’s fourth and final Grand Slam.

Rod Laver, who won all four titles for the second time in his career in 1969, was the last man to do so.

As a result, only the Serbian has a thorough comprehension of what is required. He also stated that the US Open 2021 will be more of an emotional trip than a physical one.

Reminder: Novak Djokovic will enter the US Open attempting to become the first man to win the Grand Slam since 1969.

“You know, I can go for a couple of hours every day; I don’t mind being on the court for a long time. Actually, the longer the match goes, the better; I have more chances to win against anybody really in best of fives.”

Djokovic also addressed how he is dealing with everything. The most essential thing to him is to stay in the present moment.

“It’s really more about handling everything that is happening off the court, all the expectations,” he continued. “But as I said, you know, I am trying to take it moment by moment really, stay in the present moment and get the most out of it.”

Djokovic was eventually defeated in the final by Daniil Medvedev in straight sets (6-4, 6-4, 6-4).

Read More: Bartoli backs Djokovic to make history at US Open – “He will get Grand Slam No. 21”

Serena Williams explains why she is launching a new #WatchMe campaign

Why was Adrian Mannarino annoyed with Stefanos Tsitsipas for toilet break?