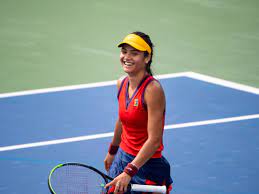 World No. 22 Emma Raducanu noted that the WTA Tour has a lot of good young players who are pushing each other to work harder and improve.

Raducanu, 18, had an incredible run at the US Open, becoming the first qualifier to win a Grand Slam in tennis history.

“So many young players, all of us are pushing each other. When you see another teen doing well, you are also competitive and want to do well.

“Just the women’s game, in general, is so strong right now. The level is high and almost anyone can win most tournaments.

And to have so many young players is really good because the next generation is just so strong, and hopefully we can play each other in many more tournaments to come,” Raducanu said, as per reports on Tennis Up To Date.

Raducanu was knocked out of the Indian Wells Masters

Raducanu was defeated 6-2 6-4 by Aliaksandra Sasnovich, the world No. 100, in her first tournament since winning the US Open.

“Aliaksandra played an extremely great match. You could tell she was more experienced than me, executed her game plan better than me and she deserved to win,” said Raducanu.

“You get sharp by playing matches and I’m not match tight right now.

“I’ve not played a competition in a month, since the US Open, and that (sharpness) will come by playing week in, week out.

“So what do I need to work on? I’ll probably go back and review the match, probably tomorrow and look at it with a clear head.

“From there I’ll be able to plan. It’s going to take me time to adjust to what is going on. I’m still so new to everything.

“The experiences I’m going through, I mean, I might not feel 100 per cent amazing right now but I know for the greater good and bigger picture, I’ll be thankful for this moment.

“That’s the lesson, you can so easily get sucked in by being so focused on the result and getting disappointed. But I’m 18 years old and need to cut myself some slack”.

Read More: Emma Raducanu explains why she is so confident she will have continued success

Carlos Alcaraz gets praised by Real Madrid after making it past...