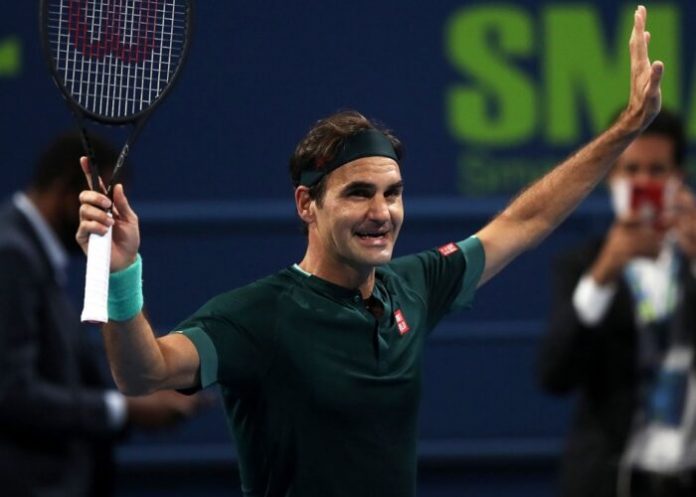 Roger Federer, a 20-time Grand Slam champion, recently made a special appearance at the Laver Cup in Boston. Due to an ongoing knee problem, the Swiss, who is one of the tournament’s founders, was unable to compete.

Federer intimated in an interview with Jim Courier that he is in a good place and intends to return soon.

Federer wanting some “me” time

Roger Federer withdrew from the Tokyo Olympics and the US Open due to a knee injury, following a disappointing run at Wimbledon 2021. The Swiss had a memorable appearance at the Laver Cup in Boston. Federer was blown away by the response he received at the tournament.

The former World No. 1 gave a quick update on his rehabilitation in an interview with Jim Courier. “I was just nowhere near where I wanted to be to play at the top, top level. But I tried my best and at the end… too much is too much. Now I’ve just got to take it step by step,” he said, as reported on ATP Tour.

He further added, “I’ve got to first walk again properly, run properly and then do the sidesteps and all the agility work and then eventually I’ve got to be back on the tennis court. But it’s going to take me a few more months and then we’ll see how things are at some point next year. “I’ve got to take my time.

“I don’t want to rush into anything at this point. This is also for my life. I want to make sure I can do everything I want to do later on. There’s no rush with anything, so I’m actually in a really good place. I think the worst is behind me.”

Roger Federer appears to be in excellent physical condition, and his recuperation is going well.

Roger Federer, the eight-time Wimbledon winner, struggled throughout the tournament. With some setbacks along the way, the Swiss made it to the competition’s quarter-finals.

Hubert Hurkacz of Poland crushed the Swiss in the quarter-finals, finishing his run in straight sets. With a 6-0 victory in the final set, the Pole thrashed Federer. This was only Federer’s second 6-0 defeat in the twenty-first century.

Why does Daniil Medvedev claim that Chinese fans like Roger Federer...