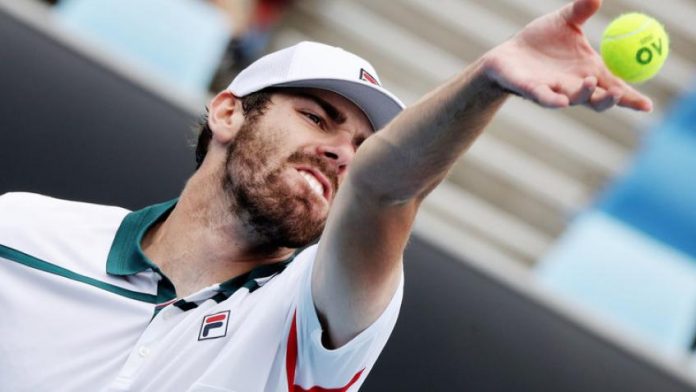 Team Europe won the famous Laver Cup 2021 for the fourth time, bringing the tournament to a close. Everyone on Team World cheered John McEnroe and commended Team Europe on their performance during the press conference. Reilly Opelka, in particular, discussed Roger Federer’s appearance in Boston.

Team Europe won their fourth title in Boston, defeating Team World in spectacular fashion. John McEnroe praised his team’s strong performance during the press conference. However, Opelka had something to say about Roger Federer, which was off-topic.

Speaking of Roger Federer’s presence at the Laver Cup, Reilly said, “Another highlight was definitely seeing Roger for the first time. When they turned the camera to him, the whole place just went nuts. Crazy the power one guy in the room can have and just change the mood of everyone in there. Only a couple of guys in the world who can do that, and Roger is one of them.”

Federer was completely taken aback by the avalanche of applause he received from the crowd. As a result, he spoke about the power of a single person to alter the stadium’s environment. Not everyone, he claims, possesses such an aura.

John was also praised by Opelka, who professed his admiration for him. Opelka congratulated everyone for a good time in Boston, especially McEnroe, who he described as one of the coolest men in the sport.

Casper Ruud was Reilly Opelka’s first opponent in the Laver Cup. The 24-year-old, though, lost in straight sets to the Norwegian after a tight match.

His next match was in the doubles division, with Denis Shapovalov as his partner. Against Alexander Zverev and Andrey Rublev, the tandem managed to win a set. The European doubles team, on the other hand, won the competition.

Maria Sharapova net worth: How much does the Russian tennis player...