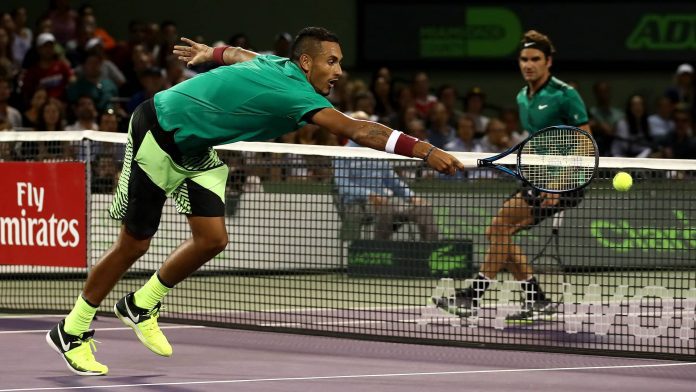 The use of the under-arm serve in tennis has been a source of debate for a long time. While players like Nick Kyrgios have utilized it to gain an advantage over their opponents, other experts say it is unethical, despite the fact that it is legal.

It’s interesting to hear Roger Federer’s thoughts on the subject.

In a match between Nick Kyrgios and Rafael Nadal at the ATP Acapulco 2019, the Australian employed an underarm service because the Spaniard was standing so far behind the baseline. He served underarm and was able to not only win the point, but also the match.

Following the incident, there was a ferocious tennis debate in which Roger Federer voiced his opinion. Surprisingly, he chose to support Kyrgios.

As reported by Yahoo Sports, back then Federer said, “Yeah underarm is definitely a tactic I believe. Especially when guys are hugging the fence in the back. From that standpoint (players) shouldn’t be ashamed to try it out.”

The Swiss maestro stated that an underarm serve is a trick that he employs. He stated that using it is not something to be ashamed of, especially when the opponent is stationed far away from the baseline.

What did Federer say?

Federer stated that trying an underarm serve at any time throughout the play is not a bad idea. Even though he joked that missing it would make one appear dumb, he plainly believes it is an important aspect of the sport.

“You just look silly if you miss it sometimes. But why not try it?” he added.

Roger Federer is undergoing knee surgery right now. Fans hope he recovers quickly and returns to the court in time for the 2022 Australian Open.

Ash Barty net worth and earnings