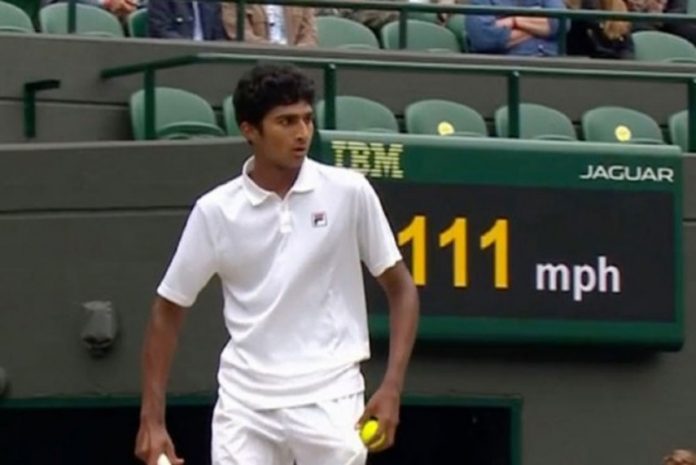 While the main events of the US Open 2021 comes to a close, the juniors continue to compete. Many matches have been cancelled or postponed as a result of the rain.

Several seeded players have been waiting to play in both singles and doubles. At the Billie Jean King National Tennis Center on Thursday, the boy’s singles saw a huge upset.

Switzerland’s Jerome Kym faced off against reigning Wimbledon champion Samir Banerjee in a thrilling quarterfinal match. After the match was postponed due to rain, both players stepped out onto the court to compete for a spot in the semifinal.

Banerjee, the second seed, took the lead thanks to some thumping groundstrokes. He quickly gained a 6-4, 3-1 advantage over Kym. Fans, on the other hand, saw a dramatic change very quickly, as reported by ITF.

The No.8 seed roared back into the match with a burst of intensity. He won the following six games to draw level with the American.

The Swiss teenager gained a 5-2 lead in the final set before Banerjee, who is 17 years old, battled his way back to level. Kym won the match with a 4-6, 6-3, 6-4 victory after hitting an ace. Jerome Kym’s stunning victory also put a stop to Banerjee’s incredible Grand Slam juniors winning streak.

He has risen rapidly in the rankings since then, and was the second seed in the US Open. However, the Swiss opponent brought an end to the progress.

Read More: Trying our best at the US Open in the absence of Roger Federer and Rafael Nadal: Frances Tiafoe

Stefanos Tsitsipas net worth in 2021