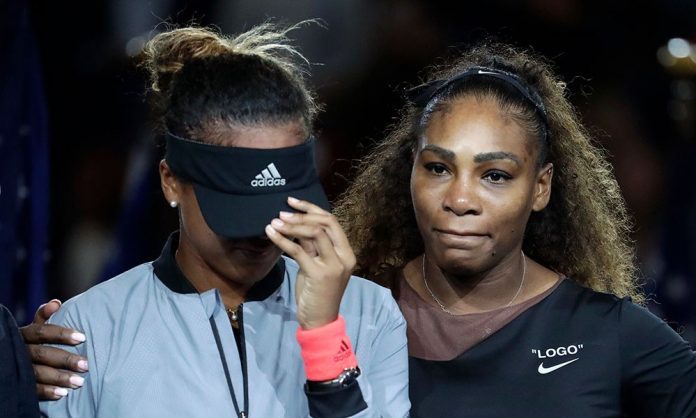 Following the incident, the defending world champion sent a message on social media to talk about his feelings. Millions of people, including tennis stars Serena Williams and Naomi Osaka, reacted to this message.

Lewis Hamilton receives support from many

In Lap 26, the two championship contenders went at each other. Hamilton arrived at Turn 1 at the same time as Verstappen after exiting the pits. The Dutchman, however, clipped the curb and subsequently Hamilton’s tires, resulting in calamity.

When his car collided with his British rival, it shot straight up into the air and stayed there until they both ended up in the gravel trap.

Fans all across the world praised the halo found on F1 vehicles, believing it saved Hamilton’s life. The crash was not fatal and instead, the 36-year-old walked away with a sore neck.

Hamilton emphasized how fortunate he was to walk away from the situation in a social media post. Following his collision with Verstappen, he thanked his legions of supporters for their support.

Serena Williams, a 23-time Grand Slam champion, was one of his well-wishers, sending a brief message to the Briton. She wrote, “Love you more everyday brother. My heart stopped for a long time today. Stay safe. Your sis.”

Serena Williams sends her support to Lewis 🙏🏽
Hope we see these two at the Met Gala again later today!#TeamLH pic.twitter.com/MpOsv4V6qf

Last year’s US Open champion Naomi Osaka joined her in commenting on Hamilton’s with a few emoticons.

Mercedes brought a better package at Monza than Red Bull. However, Hamilton’s chances of catching Verstappen in the driver’s championship were dashed by the incident.

The Briton trails Verstappen by five points in the title race. If the title fight wasn’t at boiling point before, the incident in Monza certainly nudged it in that direction.

If the title fight hadn’t already reached a boiling point, the event in Monza pushed it in that direction. Only time will tell if the seven-time world champion will bounce back in Sochi.

Read More: Lewis Hamilton makes a strange revelation in a title battle with Verstappen – “Not the end of the world”

Daniel Ricciardo says it was “more difficult” to compete against Max...

F1 drivers earned a spectacular amount of money during 2020 COVID-hit...