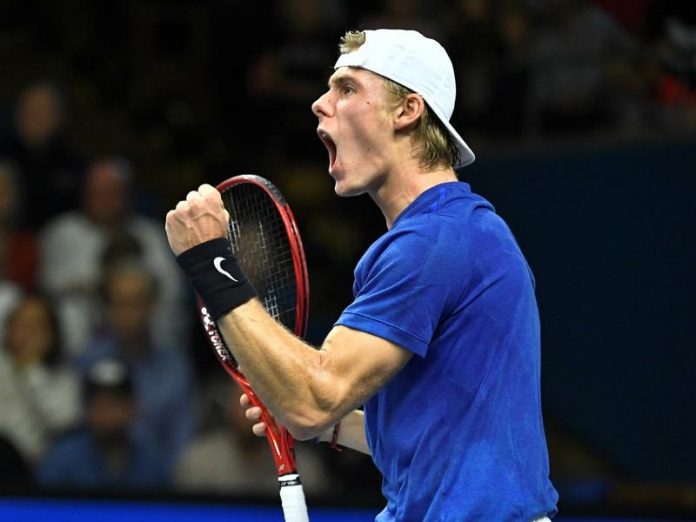 Denis Shapovalov, the world No. 13, confessed it was strange returning to the Indian Wells Masters, where it all began and the Tour was interrupted.

The Indian Wells Masters was postponed at the last minute in March 2020, marking the start of a five-month Tour interruption.

“It’s a little bit weird being back here because it’s kind of where everything started,” Shapovalov told as per reports on Tennishead.

“It’s just been a lot since then.

“I definitely feel like a completely different player coming into the event this year. A lot more experienced, a lot more relaxed on the court”.

Shapovalov is pleased with his growth

“I’ve been through the ride a couple times now so I know exactly what to expect from myself,” Shapovalov continued.

“Just, overall I’m happy with the way I’ve been able to grow since everything kind of shut down during the pandemic”.

“The player I love the most on the tour is Denis Shapovalov because he plays the most attractive tennis for me. Lorenzo Musetti and Holger Rune are also interesting to me. On the ladies’ side, I like Fernandez a lot, even though she lost in the US Open final.

In terms of play and technique, his performance is the best I have seen in a long time,” Bresnik told.

“Definitely, I think that Felix has a great opportunity to contest the ATP Finals 2021.

“I think he should be there: he has had a spectacular season and I am very clear that his place is among the eight best in the world,” Shapovalov told

Read More: Murray knocked out of the San Diego Open as Norrie wins against Evans

Maria Sharapova appears to bury the hatchet with Serena Williams at...

Murray knocked out of the San Diego Open as Norrie wins...