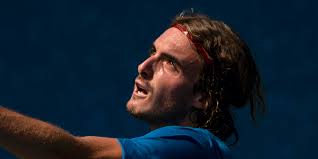 Two athletes have been in the spotlight at the US Open 2021, albeit not strictly from a tennis perspective. Stefanos Tsitsipas and Naomi Osaka have both received a lot of attention, for different reasons.

While Osaka’s mental health issues drew attention, Tsitsipas’ bathroom trips were scrutinized. The Greek star has now spoken on self-emphasis following his elimination from the tournament.

Both Osaka and Tsitsipas had to deal with adversity that was different yet comparable. They were chastised because they chose the difficult way.

Stefanos turned a deaf ear to the stigma surrounding his restroom breaks, whereas Osaka chose not to speak to the press and later confessed her struggles on tour. After the US Open, World No. 3 has given his thoughts.

There’s no doubt that Tsitsipas was harmed by the criticism he received at Flushing Meadows. The third seed acknowledged that he had to take breaks to change his clothes owing to his extreme sweating. Tsitsipas did learn about the breaks from Novak Djokovic, according to Patrick Mouratoglou, who exposed it not long ago.

However, his actions were highly panned by the tennis community. The Roland Garros finalist finally broke his silence on the situation by taking to social media. He talked on mental health and the need of focusing on oneself. In this way, he completely agreed with Naomi Osaka and the stance she has taken.

Most likely, the Greek player will choose to take a break in order to refocus. We can only hope that his good thoughts and perspectives help him grow as a person.

Roger Federer net worth: How much does the tennis superstar earn...