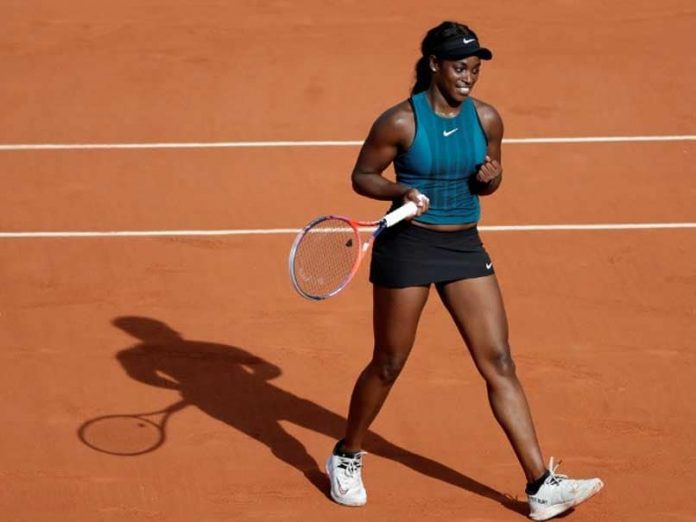 Sloane Stephens has a terrific start to the Indian Wells 2021 tournament. In the first round, she came back from a set down to overcome Heather Watson in three sets. The match ended with a score of 6(5)-7(7), 7-5, and 6-1.

Sloane Stephens showed off some incredible talents on the court despite losing the first set in a tense tie-breaker. She never gave up and totally controlled the last set to proceed to the tournament’s next round.

Stephens stated in the post-match interview that she and Watson still have a strong bond. She claimed that the two had even played juniors together in the past.

“Playing Heather is always a tough match. We grew up playing juniors together, and we’re really good friends,” said Stephens, according to reports on Tennis365.

The fact that the two of them had to meet one other in the opening round of the Indian Wells 2021 tournament was, according to Stephens, an extremely bad situation.

She did emphasize, though, that despite their heated rivalry on the court, the two are great friends off it.

“Before the tournament, we were talking in the parking lot for an hour about everything, and how we’ve been friends for so long and how we’re able to separate the match and still be friends.

“Then we ended up playing each other in the first round, so that was unfortunate,” she added.

In the same interview, Stephens stated that Watson is a formidable opponent and that she had to battle hard to win. She also expressed her delight at having survived a difficult match against her.

“She’s always a super-tough opponent and I always look forward to playing her. I just competed really well. After the first set, that was disappointing to lose that one, but I felt like it was a battle and I was still in the match.

“I knew I had to keep fighting and that’s what I did, and I’m just really pleased to have squeaked out a win here,” she concluded.

Sloane Stephens will face Jessica Pegula, a compatriot, in the second round of the Indian Wells 2021 after defeating Heather Watson.