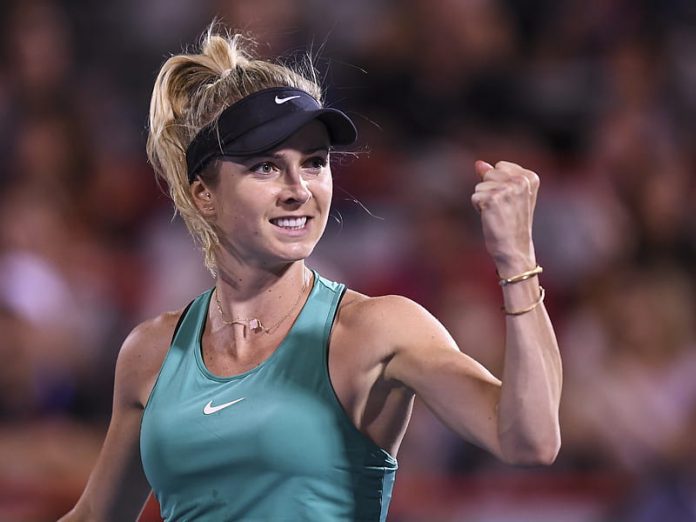 With a 6-3, 6-3 triumph against Elena-Gabriela Ruse in the third round, Elina Svitolina, the top seed at the Chicago Fall Tennis Classic, advanced to the quarterfinals on Thursday. The victory took the Ukrainian an hour and 48 minutes to achieve.

“It was a good match today, and I think there were lots of tough games, tough rallies. In the end, the score was 6-3, 6-3, but it was quite a tough battle. It was up-and-down a little bit, but in the end, I think I was quite solid, and was really happy with my movement today. Happy I could win in two sets,” Svitolina said, according to reports on Tennishead.

Svitolina will face Ons Jabeur, who is seeded sixth. In their third-round match, Jabeur defeated ninth-seeded Jessica Pegula 1-6, 6-2, 6-3. It was a rematch of their first meeting in Montreal, but Pegula lost the match despite leading the first set 6-1.

The Tunisian had won the first set by the same scoreline, but had eventually conceded the match.

“I’m very happy. It was kind of the same scenario of what happened in Montreal,” Jabeur said.

“I had three match points, but I know Jess plays really good and you have to earn every game, every point with her, and I’m glad I got this win this time. I started really slow. Starting the match, I think I was a little bit sleepy.”

“I started to move my legs better, I started to put more balls in. After, it was really tight between us,” she further added.

In the meantime, second seed Garbine Muguruza advanced to the quarter-finals because her opponent, 14th seed Victoria Azarenka, withdrew from the competition before their third-round match.

The Spaniard will face Japanese qualifier Mia Hontama, a first-time quarter-finalist, for a place in the semi-final.

The third-round of the match, the tenth seed defeated the seventh seed Elise Mertens 6-2, 6-4. Meanwhile, the Czech defeated Jil Teichmann, the 16th seed, 6-4, 6-3.

Belinda Bencic, the third seed, will face Elena Rybakina, the fifth seed, in the fourth quarter-final of the Chicago Fall Tennis Classic.

Aryna Sabalenka smashes her racquet to pieces after losing a point...